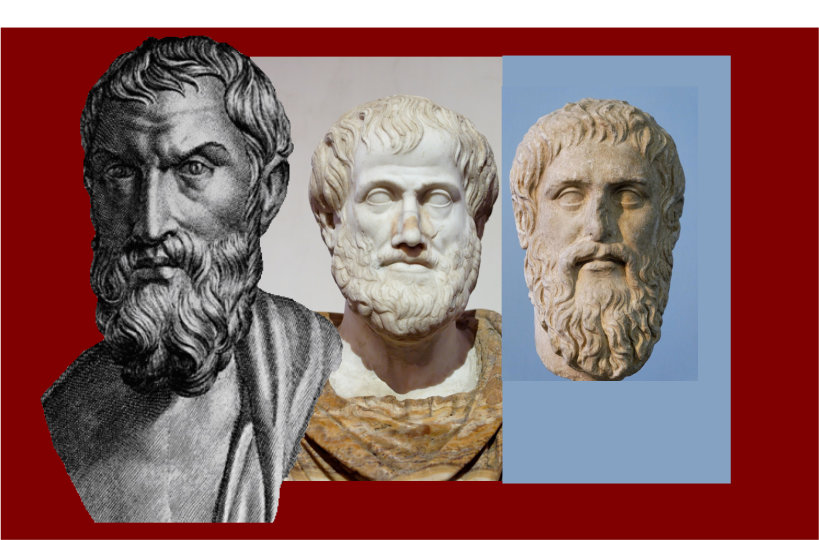 To summarize some observations from a recent thread on the Epicurean Philosophy Facebook group, it appears to me that in order to understand the meaning of PD3, and to understand the frequent assertion that Epicurus held that “the highest pleasure ‘is’ the absence of pain,” it is necessary to know what Aristotle and Plato had previously held as to the nature of Pleasure.

One source for that background is Nichomachean Ethics, Chapter 7, parts 11 through 14.  I don’t have time to organize these further right now, but for the Twentieth here are several important points that all relate to the same topic – the nature of Pleasure:

“Now: 1） some people think that no pleasure is a good thing, whether essentially or accidentally. They argue that Good and Pleasure are two distinct things.2） Others hold that though some pleasures are good, most are bad.3） There is also a third view, that even if all pleasures are good, nevertheless pleasure cannot be the Supreme Good.The footnote says:Of these three views, the first is that of Speusippus, Plato’s successor as head of the Academy; the second is that of Plato’s Philebus; the third, which appears at the end of the Philebus, is that of Aristotle in Book 10 below.

The foundation of the argument in item three seems to be that “To prove that pleasure is not a good at all, it is argued that (a) Every pleasure is a conscious process towards a natural state; but a process can in no case belong to the same order of things as its end; for example, the process of building cannot be a thing of the same sort as the house built.” In chapter 13, Aristotle recorded: “Speusippus attempted to refute this argument [that pleasure is good] by saying that, as the greater is opposed to the equal as well as to the less, so pleasure is opposed to a neutral state of feeling as well as to pain.”  In sum, these amount to an argument that pleasure cannot be the greatest good, since a thing that is “greatest” cannot by definition be increased, but quantities of pleasure can always be increased.

Here is a link to Plato’s Philebus, where these issues are discussed in greater detail.  Here is a small part of the  dialog, which unfortunately I do not have time at the moment to really incorporate into this article, but is listed here as a finding aid:

SOCRATES: Have pleasure and pain a limit, or do they belong to the class which admits of more and less?

PHILEBUS: They belong to the class which admits of more, Socrates; for pleasure would not be perfectly good if she were not infinite in quantity and degree.

SOCRATES: Nor would pain, Philebus, be perfectly evil. And therefore the infinite cannot be that element which imparts to pleasure some degree of good. But now — admitting, if you like, that pleasure is of the nature of the infinite — in which of the aforesaid classes, O Protarchus and Philebus, can we without irreverence place wisdom and knowledge and mind? And let us be careful, for I think that the danger will be very serious if we err on this point.

PHILEBUS: You magnify, Socrates, the importance of your favourite god.

SOCRATES: And you, my friend, are also magnifying your favourite goddess; but still I must beg you to answer the question.

When Epicurus observes in PD3 that:  “The magnitude [some translations say “quantity”] of pleasure reaches its limit in the removal of all pain. When such pleasure is present, so long as it is uninterrupted, there is no pain either of body or of mind or of both together”  he is refuting this argument by Speusippus and Aristotle, and he is showing that pleasure can be regarded as not only a good, but as the supreme good, because it does have a practical limit.

Here are some related observations from Nichomachean ethics:

** In contrast to Epicurus’s focus on pleasure as a faculty, Aristotle wants to pursue some particular pleasure as the ultimate good:

“But granting that some pleasures are bad, it does not therefore follow that a certain pleasure may not nevertheless be the Supreme Good; just as a certain form of knowledge may be supremely good, although some forms of knowledge are bad.”

This next gets closer to Epicurus, but note that Aristotle says “most pleasures are bad”:

“Since every faculty has its unimpeded activity, the activity of all the faculties, or of one of them （whichever constitutes Happiness), when unimpeded, must probably be the most desirable thing there is; but an unimpeded activity is a pleasure; so that on this showing the Supreme Good will be a particular kind of pleasure, even though most pleasures are bad, and, it may be, bad absolutely.”

Pleasurable living is not good enough for Aristotle – he requires MONEY! No wonder Aristotle is held high in some quarters (Ayn Rand’s capitalism comes to mind):

“This is why everybody thinks that the happy life must be a pleasant life, and regards pleasure as a necessary ingredient of happiness; and with good reason, since no impeded activity is perfect, whereas Happiness is essentially perfect; so that the happy man requires in addition the goods of the body, external goods and the gifts of fortune, in order that his activity may not be impeded through lack of them.”

This following quote sounds like a Stoic, advocating virtue rather than pleasure (Chapter 14):

It is possible that PD4 was directed in whole or part to address this:

“We have then to explain why it is that bodily pleasures appear to be more desirable than others. Now the first reason is that pleasure drives out pain; and excessive pain leads men to seek excessive pleasure, and bodily pleasure generally, as a restorative. And these restorative pleasures are intense, and therefore sought for, because they are seen in contrast with their opposite. （The view that pleasure is not a good at all is also due to these two facts, as has been said,（a） that some pleasures are actions indicative of an evil nature, whether it be depraved from birth, like the nature of an animal, or corrupted by habit, as is the case with evil men, and b） that others are restoratives of a defective state, and to be in the natural state is better than to be in process of returning to it. But as a matter of fact the latter sort of pleasures accompany a process towards perfection, so that accidentally they are good.)”

Here is another point that, by holding that life in the absence of pain is itself pleasurable, Epicurus rejects in full:

“The fact is that some men have no other sources of enjoyment; and also many are so constituted that a neutral state of feeling is to them positively painful. （This is because a state of strain is the normal condition of an animal organism, as physiology testifies; it tells us that sight and hearing are in fact painful, but we have got used to them in course of time—such is the theory.）”

And Aristotle sees “youth” but not “life” as pleasant in itself, and he considers the pleasure of youth to be “intoxication”:

“Similarly the young are in a condition resembling intoxication, because they are growing, and youth is pleasant in itself; but persons of an excitable nature need a restorative perpetually, because their temperament keeps their bodies in a constant state of irritation,”

And here is why your Aristotelians will always praise “katestematic” pleasure to the sky, and denigrate the pleasure of joy and delight that comes through motion. Humbug!:

“For there is not only an activity of motion: but also an activity of immobility, and there is essentially a truer pleasure in rest than in motion. But change in all things is sweet, as the poet says, owing to some badness in us; since just as a changeable man is bad, so also is a nature that needs change; for it is not simple nor good.”

And to close this out with another direct contrast:

Aristotle: “Pleasures are a hindrance to prudent deliberation, and the more so the more enjoyable they are; for instance, sexual pleasure: no one could think of anything while indulging in it.”

Epicurus in Diogenes Laertius: “He [the wise man] will be more susceptible of emotion than other men: that will be no hindrance to his wisdom.”

Previous ArticleIs Pleasure An “Attitude” or a “Sense”?
Next ArticleTwilight of the “Absence of Pain”