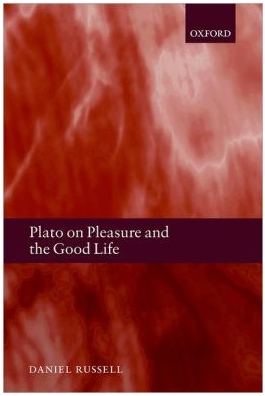 Here is one book I plan to read: “Plato on Pleasure and the Good Life.” I find this summary of the book very illuminating on how Plato’s view of pleasure differed from Epicurus’ view:

“Daniel Russell examines Plato’s subtle and insightful analysis of pleasure and …. shows that, for Plato, pleasure cannot determine happiness because pleasure lacks a direction of its own.” …. Plato presents wisdom as a skill of living that ….. brings about order in its materials. The “materials” of the skill of living are, in the first instance, not things like money or health, but one’s attitudes, emotions, and desires where things like money and health are concerned. ….. Among them [the “materials” of the psyche} is pleasure, which Plato treats not as a sensation but as an attitude with which one ascribes value to its object. …. Consequently, Plato rejects all forms of hedonism, which allows happiness to be determined by a part of the psyche that does not direct one’s life but is among the materials to be directed. …… Plato therefore offers an illuminating role for pleasure in ethics and psychology, one to which we may be unaccustomed: pleasure emerges not as a sensation or even a mode of activity, but as an attitude – one of the ways in which we construe our world—and as such, a central part of every character.”

If this is correct, then the Platonic “establishment” of Epicurus’ day viewed pleasure as an “attitude” – something the mind selects on its own through logic and reason. [Does not this ”attitude” view have a tremendously Stoic ring to it?] But we know that Epicurus’ “canon of truth” held pleasure/pain to be faculties of sensation on par with seeing or hearing. The canon of truth did not contain elements of choice, such as reason or logic or “attitudes,” at all. Epicurus was completely rejecting this Platonic view of pleasure.

This last paragraph may not be of any help at all. However, if – as appears clear – Epicurus saw pleasure and pain as faculties of sensation, and not as “attitudes,” then we should expect to see Epicurus making foundational points to show why Plato was wrong.

Previous ArticleNew Page Dedicated to Gassendi’s “Life And Doctrines of Epicurus”
Next ArticlePeace and Safety For Your Twentieth of February: Epicurus vs. Aristotle and Plato on Pleasure