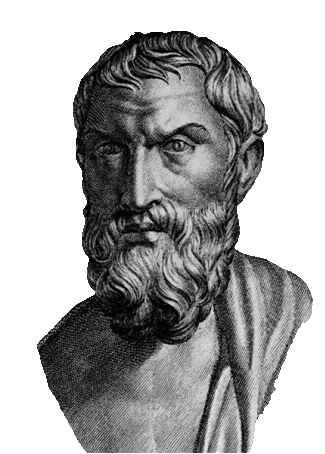 Authorized Doctrine 2 contains one of the most famous sayings of all Epicureanism (“Death is nothing to us“) but its meaning is frequently misunderstood.  Whether wielded maliciously by an enemy of Epicurus or carelessly by a friend, this pithy phrase can be misconstrued as flippant by those unfamiliar with Epicurus’ reasoning.  Such a misreading can pose a serious obstacle in the path of those who seek to study Epicurus fairly.  Certainly dying in a painful manner is to be avoided at great cost.  Certainly the suffering of a premature death before one has experienced a natural span of life is undesirable.  But neither of these was the point Epicurus was making, which was:  that “death” is not a future state in which we experience pleasure or pain after we die.  After we die “we” no longer exist, and “we” experience nothing.  Rather than being flippant or trivial, this insight serves at least two absolutely crucial purposes:   (1) it frees us from the deception of those who falsely threaten us with “hell” or falsely seek to bribe us with “heaven,” and (2) it motivates us to make the best use of the time that we have while we live.

A very well-reasoned modern restatement of this Epicurean argument was written in 1986 by Stephen E. Rosenbaum and published in American Philosophical Quarterly.  What follows is an extensive excerpt, providing only a small part of the full article:

Now we are in a position to formulate Epicurus’s argument after reminding ourselves of what he said in his “Letter to Menoeceus”:

I offer the following reconstruction of Epicurus’s argument. In formulating the argument as I do, I attempt to do justice to Epicurus’s philosophical insight, caring less for historical accuracy than for verisimilitude. The reconstruction runs as follows:

(A) A state of affairs is bad for person P only if P can experience it at some time. Therefore,

(B) P’s being dead is bad for P only if it is a state of affairs that P can experience at some time.

(C) P can experience a state of affairs at some time only if it begins before P’s death.

(D) P’s being dead is not a state of affairs that begins before P’s death. Therefore,

(E) P’s being dead is not a state of affairs that P can experience at some time.

THEREFORE, P’s being dead is not bad for P.

Before discussing objections to this argument, several comments are in order. First, the conclusion does not entail that P’s being dead is not bad for others or that P’s being dead is not bad in any way in which something might be bad but not for anyone, if there is such a way. So, the argument, if sound, should not inhibit our thinking that a person’s being dead is bad in these other ways. Second, the conclusion is not about death or dying, but rather it is about being dead. So it does not rule out a person’s dying being bad for the person, as painful experience makes obvious it should not. Neither does it rule out a person’s death being bad for the person. There are several reasons why I express the conclusion in this way. It makes Epicurus’s argument clearly sensible in a way in which it would not otherwise be. When Epicurus said that “death… is nothing to us, seeing that, when we are, death is not come, and when death is come, we are not,” he is most plausibly interpreted as talking about being dead. Taking death to be a sort of tertiary period in one’s history, one could construe Epicurus as being concerned about death (in my sense), but I believe that it would be an exceedingly uncharitable way of making him look silly. The term “death” as ordinarily used, is ambiguous, being used sometimes to mean dying, sometimes death, and sometimes being dead, as I have explicated the terms. There is no reason to expect Epicurus thoughtfully to have distinguished these and to have selected the Greek equivalent of “being dead” to express his view.  Second, the issue would be much less interesting if it concerned death instead of being dead.  What people seem to think bad is not the moment of death itself, but rather the abysmal nonexistence of being dead.  That, at any rate, is what they fear, and that fear is what Epicurus wished to extinguish. In addition, I am not sure that a person’s death (in my sense) could be bad for a person, since the death of a person may have no temporal duration, being a mere moment in time separating being alive from being dead.  Even if death endured a fraction of a second, most rational beings would not be very concerned about it no matter how much agony were believed to be involved.  Finally, there are sympathetic proponents of Epicurus’ s view who take him to be concerned about being dead, not death. Lucretius, for example, understood Epicurus’s view about death as a view about being dead. So we have good reason to express the conclusion in the way we do.

Before considering objections to the Epicurean argument, I want to characterize what I take to be the purpose of Epicurus’ s argument. I do this because some discussions of the issue seem to have misunderstood entirely what Epicurus was trying to do. Simply, he was trying to show us the truth about being dead so that we might not be excessively troubled about it. His general philosophical aim seems to have been much the same as that of Lucretius, his disciple, to know the truth and thereby achieve ataraxia. There is no reason to believe he would have been willing to peddle ataraxia by means of rhetorical trickery, not that he may not have done so inadvertently. Indicative of his purpose is a comment in his “Letter to Herodotus,” in which he discussed metaphysics.  He said that ” …mental tranquility means being released from all…troubles and cherishing a continual remembrance of the highest and most important truths.”

The full article can be found here.

Previous ArticleHow To Live Like An Epicurean: The Example of Titus Pomponius Atticus
Next ArticleA Few Comments On An Excellent Introductory Article