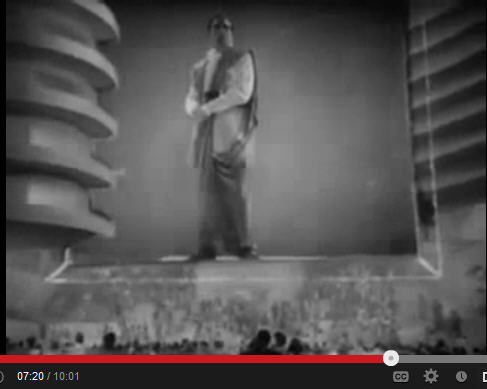 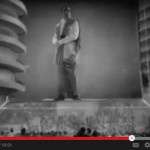 As so often in Epicureanism, definitions are key. In this attached clip from the HG Wells movie “Things to Come”, the speechmaker says “The object of life is Happy Living…” and then follows it with a speech with which I disagree with every word.  The proper perspective, in my view, is given by the character played by Raymond Massey in this second clip from the same movie.

As Raymond Massey says in the final clip, when asked whether there is to be any age of “happiness, age of rest,” the right answer is: “rest enough for the individual man, too much, too soon, and we call it death…”

And here’s a section from the texts which I think supports my view, from Cicero’s On Ends: “The truth of the position that pleasure is the ultimate good will most readily appear from the following illustration. Let us imagine a man living in the continuous enjoyment of numerous and vivid pleasures alike of body and of mind, undisturbed either by the presence or by the prospect of pain: what possible state of existence could we describe as being more excellent or more desirable? One so situated must possess in the first place a strength of mind that is proof against all fear of death or of pain; he will know that death means complete unconsciousness, and that pain is generally light if long and short if strong, so that its intensity is compensated by brief duration and its continuance by diminishing severity. Let such a man moreover have no dread of any supernatural power; let him never suffer the pleasures of the past to fade away, but constantly renew their enjoyment in recollection, and his lot will be one which will not admit of further improvement.” 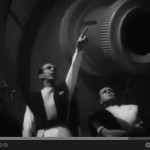 The state to which we should strive is a state of “continuous enjoyment of numerous and vivid pleasures alike of body and of mind”.. and the rest as quoted. I don’t see such a state as consistent with equating happiness with protests against all “progress” barricading ourselves in a hideout, isolated from the world outside, at the mercy of whatever forces might come upon our hideout. And there’s no way to attain such a goal other than pursuing strength of mind and body, not for purposes of hiding, but for purposes of the enjoyment that comes from freedom and self-sufficiency.

Vatican Saying 45. The study of nature does not create men who are fond of boasting and chattering or who show off the culture that impresses the many, but rather men who are strong and self-sufficient, and who take pride in their own personal qualities not in those that depend on external circumstances.