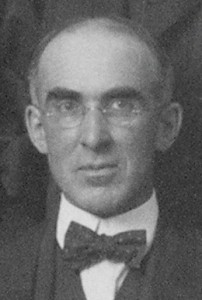 In Chapter 1 of Epicurus and His Philosophy, Norman DeWitt presented a very useful list of common misconceptions about Epicurus, contrasted with the better view that he supported by the study of the evidence presented in the remainder of his book.  These are themes to which this blog often returns, so it seems a good idea to include the list here.  The remainder of this post is an extract which is found beginning on page six under the heading “True Opinions – False Opinions”:

“In the succession of philosophers the place of Epicurus is immediately after Plato and Pyrrho the skeptic.  Platonism and skepticism were among his chief abominations.  The false opinion is to think him opposed to Stoicism.  The traditional order of mention, Stoics, Epicureans, and Skeptics, is the exact reverse of the chronological succession.  The philosophy of Epicurus was an immediate reaction to the skepticism of Pyrrho and it was offered to the public as a fully developed system before Zeno the founder of Stoicism even began to teach.

Epicurus was an erudite man and a trained thinker.  He made the rounds of the contemporary schools, Platonic, Peripatetic, and Democritean, and he devoted several years to reading and study before offering himself as a teacher.  The false opinion is to think him an ignoramus and an enemy of all culture.

Historians persist in judging him only as a philosopher, but to be rightly understood he must be recognized also as a moral reformer.  The fallacy consists in damning him as an ingrate and in failing to discern that reformers are rebels and as rebels feel themselves absolved from debts of gratitude.

As a man of science Epicurus returned to the tradition of the Ionian thinkers, which had been interrupted by Socrates and Plato.  The chief positive influence on his thinking was Ionian, the chief negative influence Platonic.  The error in this instance consists in the failure to recognize Epicurus as an Antiplatonist and a penetrating critic of Platonism.

As a philosopher Epicurus belongs in the class of thinkers who have attempted a synthesis of philosophical thought, and his modern analogues are Herbert Spencer and Auguste Comte.  He surveyed the whole field of previous thought and either wrote critiques of his predecessors himself or delegated the task to his colleagues.  This aspect of the activity of his school has been completely overlooked.

He was the first to promulgate a dogmatic philosophy, actuated by a passion for certainty and a detestation of skepticism, which he imputed even to Plato.  The distinction of being a dogmatist was naturally not denied him, because it was deemed a demerit, the renunciation of inquiry.

He exalted Nature as the norm of truth, revolting against Plato, who regarded Reason as the norm and hypostatized it as a divine existence.  The fallacy consists in classifying Epicurus as an empiricist in the modern sense; he never declared sensation to be the source of knowledge; much less did he declare all sensations to be trustworthy.

As an educator Epicurus adopted the procedures of Euclid, parting company with both Plato and the Ionian scientists.  The chief mistake in this instance is to foist upon him the method of inductive reasoning; his chief reliance was upon deduction.  As for the influence of Euclid, it is regularly overlooked.

Epicureanism was the first missionary philosophy.  The mistake is to look upon Epicurus as an effeminate and a moral invalid; by disposition he was combative and by natural gifts a leader, organizer, and campaigner.

Epicureanism was the first world philosophy, being acceptable to both Greek and barbarian.   The mistake is to think of Epicurus as an egoistic hedonist, ruled solely by self-interest.  He was an altruistic hedonist.

Epicureanism served in the ancient world as a preparation for Christianity, helping to bridge the gap between Greek intellectualism and a religious way of life.  It shunted the emphasis from the political to the social virtues and offered what may be called a religion of humanity.  The mistake is to overlook the terminology and ideology of Epicureanism in the New Testament and to think of its founder as an enemy of religion.”