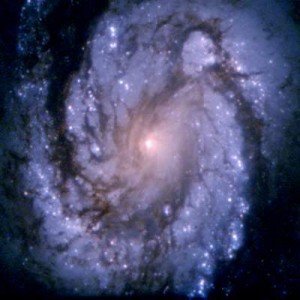 For many generations the science of optics and rocketry were unknown, and experiments were far from the point when man gained compelling visual evidence of the size of the sun, confirmed by numbers of differing experiments.  In those ages, did anyone live a less happy life by keeping an open mind as to the exact size of the sun?  No – when available data is limited and conflicting, keeping one’s mind open to any alternative that has significant evidence to support it is the only proper position to take.

But from the time when the first wizards of mathematics started positing that the stars were gods revolving in perfect circles, and that reality was an indeterminate flux, those who cared to entertain such theories were exposing themselves to doubts and fears for which the purveyors of those doctrines offered no remedy.  Those arguments and doubt grow stronger even today, but the ultimate resolution of such questions, as in the past, is through Epicurean principles of thinking:  Always keep those things that are certain separated in one’s mind from those things that are uncertain.  See Doctrine 25. “If we consider those opinions which are only tentative, and must await further information before they can be verified, to be of equal authority with those opinions which bear about them an immediate certainty, we will not escape error. For if we do this we overlook the reason for doubt between that which is right and that which is wrong.”

In that spirit, here is a supplemental critique of the Platonic philosopher/mathematicians, this time from Lucian’s Dialog “Icaromenippus, An Aerial Expedition:”

“Menippus.  Ah, but keep your laughter till you have heard something of their pretentious mystifications. To begin with, their feet are on the ground; they are no taller than the rest of us ‘men that walk the earth’; they are no sharper-sighted than their neighbors, some of them purblind, indeed, with age or indolence.  And yet they say they can distinguish the limits of the sky, they measure the sun’s circumference, take their walks in the supra-lunar regions, and specify the sizes and shapes of the stars as though they had fallen from them. Often one of them could not tell you correctly the number of miles from Megara to Athens, but has no hesitation about the distance in feet from the sun to the moon. How high the atmosphere is, how deep the sea, how far it is round the earth— they have the figures for all that. Moreover, they have only to draw some circles, arrange a few triangles and squares, add certain complicated spheres, and lo, they have the cubic contents of Heaven.

Then, how reasonable and modest of them, dealing with subjects so debatable, to issue their views without a hint of uncertainty; thus it must be and it shall be; contra gentes they will have it so. They will tell you on oath the sun is a molten mass, the moon inhabited, and the stars water-drinkers, moisture being drawn up by the sun’s rope and bucket and equitably distributed among them.”

Previous ArticleIf I have to choose between Platonic mathematicians telling me that reality doesn’t exist, and Epicurean philosophers telling me the sun may be the size of a basketball, I’ll live happily choosing the basketball, thank you.
Next ArticleRandom? A Fluke? The Rise of Man and the Better View of “Chance and Natural Law In Epicureanism”