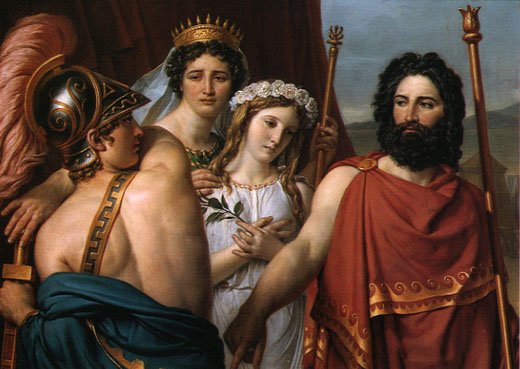 When many people today think of Epicurean philosophy and its emphasis on “pleasure,” they tend to focus on Epicurus’ advice to tailor our lifestyles toward a long-term view where pleasure can be sustainable over time, rather than pursuing temporary peaks of momentary pleasure which often lead to misery. That is a very true and valuable observation, but if it is all one takes away from the study of Epicurus, some very important points will be missed.

Some of those who study Epicurus move to the next stage, where they learn that Epicurus gave a powerful critique of religion based on deductions from natural science.  Starting with the observation that nothing comes from nothing, and then adding that nothing goes to nothing, Epicurus set out a firm, understandable, and persuasive basis for grasping that the universe was not created at a single moment in time as the plaything of a god, but in fact that the universe is composed of elements that are themselves eternal, everlastingingly rearranging themselves according to the laws of nature that arise from the properties of those elements.  This understanding is the essential launching-pad for freeing ourselves from fear of superstition that we are at the mercy of gods.

But on a weekend where another Islamic terrorist atrocity has been committed in Paris, this is a good time to remember the relationship of these two fundamental Epicurean insights.

Epicurus was the type of philosopher who integrated his ideas into a consistent whole, one supporting the other, with nothing retained in the system that was not important and fundamentally related to the other.

In the case of “pleasure” and “the true nature of the gods,” Epicurus saw a crucial relationship:  Not only is the world wrong in asserting that theuniverse was created by gods, the world is wrong in thinking that these gods control the destiny of men.

Epicurus held that the universe as a whole operates, and that individual worlds come into existence and fall apart again, according to the mechanical laws that govern the properties and movements of the elements of which the worlds consist.  But Epicurus also saw that men and higher living beings do not act mechanically and totally predictably. From this observation he knew that there were other forces at work in the universe that have the capacity to break free from strict determinism.

We know this elemental capacity that can break free of determinism by the name that comes down to us through Lucretius – The Swerve.  But Epicurus went further, and observed that the free actions of living beings was not chaotic, but was itself coordinated by something that gives rise to all the forms of life we see around us.  What was that coordinating force?The faculty of living beings to experience pleasure, accompanied by the corresponding faculty of experiencing pain.

It is this force of nature – pleasure as personified by Venus – which Lucretius addresses when he says “Since thou then art sole mistress of the nature of things and without thee nothing rises up into the divine borders of light, nothing grows to be glad or lovely.…”

When one stops and thinks, it is easy to see that neither pleasure nor pain are inherent, intrinsic qualities.  Neither pain nor pleasure exist in a particular object by the very “essence” of that object, as Aristotle, for instance, might have said.  For example, bombs and bullets such as were unleashed on innocent people this weekend in Paris can both have beneficial and life-promoting uses when employed for the defense of the innocent, or when used to prevent the innocent from being attacked in the first place.  A piece of the finest chocolate cake can be the greatest pleasure to a hungry vigorous man, or the worst torture to the emaciated dying man whose throat is too tight and dry to eat it.  There is nothing in bullets or bombs that make them inherently painful in all circumstances, and nothing in chocolate cake that makes it inherently pleasing in all circumstances.

When Epicurus delivered the world from fear of the gods, he did not leave us adrift with no motive, no guidance, and no mechanism to discern our proper path in nature.  The hatred that religions have always felt toward pleasure – a hatred shared by the stoic-like philosophers who suppress emotion along with all joy in life – is motivated by the reverse of Epicurus’ insight.

The enemies of pleasure are not so stupid as to think that sex or a piece chocolate cake are the tools of Satan or the path to insanity, but they are happy for those who are not smart enough to see through their argument to think so.  The enemies of pleasure know why they fight it – because pleasure is in fact the most imporant faculty given to men – more important than seeing or hearing or any other – because it is only by pleasure that we receive the ultimate guidance of nature on how to live our lives.  It isthis ultimate guidance that the religions and stoic philosophies seek to replace with “holiness” or “virtue” – and which they fear the most, because the faculty of pleasure is the living repudiation of their own rejection of this world in favor of their own dreams.  No matter whether those dreams are based in religious words of “god is great” or whether “reason is the highest virtue,” the common theme is that these men try to convince you that nature has left you adrift and helpless, dependent on their own exclusive insights into how to live.

In our Epicurean discussions we have quoted this before, but here is a good time to remember the words of another self-declared Epicurean.   Thomas Jefferson saw through the posturing of false philosophy and false religion, and tried to tell people that neither are necessary for them to understand how to live.  Instead, Jefferson wrote, nature has given us a “moral sense” – not a sense grounded in syllogisms or in revelation, but in the very natuer of man:

“He who made us would have been a pitiful bungler, if he had made the rules of our moral conduct a matter of science. For one man of science, there are thousands who are not. What would have become of them? Man was destined for society. His morality, therefore, was to be formed to this object. He was endowed with a sense of right and wrong, merely relative to this.  This sense is as much a part of his Nature, as the sense of hearing, seeing, feeling; it is the true foundation of morality, and not the [beautiful], truth, &c., as fanciful writers have imagined.  The moral sense, or conscience, is as much a part of man as his leg or arm.  It is given to all human beings in a stronger or weaker degree, as force of members is given them in a greater or less degree. It may be strengthened by exercise, as may any particular limb of the body. This sense is submitted, indeed, in some degree, to the guidance of reason; but it is a small stock which is required for this: even a less one than what we call common sense. State a moral case to a ploughman and a professor. The former will decide it as well, & often better than the latter, because he has not been led astray by artificial rules.

Praying and holding candles appears to be way many in the western world’s have decided to respond to their worst enemies – by begging for mercy, rather than standing up for their right to pursue happiness as Nature created them to do.  But that’s not the path that Epicurus blazed for us, and it’s not the path that Lucretius set out for us as the Epicurean example of how to live.  It’s time to recall that before Lucretius wrote the words at the head of this column – “So much does religion have the power to persuade to evil deeds” – he also wrote these other words, telling us about a man of Greece who refused to bow and kneel to false religion:

When human life to open view lay foully prostrate upon earth, crushed down under the weight of religion, who showed her head from the quarters of heaven with hideous aspect, lowering upon mortals, a man of Greece ventured first to lift up his mortal eyes to her face, and was first to withstand her to her face.

This man neither stories of gods nor thunderbolts nor heaven with threatening roar could quell: these things only chafed the more the eager courage of his soul, filling him with desire to be the first to burst the fast bars of nature’s portals.

Therefore the living force of his soul gained the day: on he passed, far beyond the flaming walls of the world, and traversed throughout in mind and spirit the immeasurable universe; And from there he returns a conqueror, to tell us what can, and what cannot come into being; in short, on what principle each thing has its powers defined, its deep-set boundary mark.

Therefore religion is put underfoot and trampled upon in turn; and we his victory brings level with heaven.

These are not the words of men who cowered in their caves at the face of danger, or who stood silent against lies about nature and the gods.  These are the philosophical leaders who taught us the only thing worth fighting for is our right to live happily.  Only by remembering the path that Epicurus blazed does the remnant of free, happy, Western Civilization have a chance to save itself the latest onslaught of religious zealotry and false philosophy that we have been fighting for two thousand years.