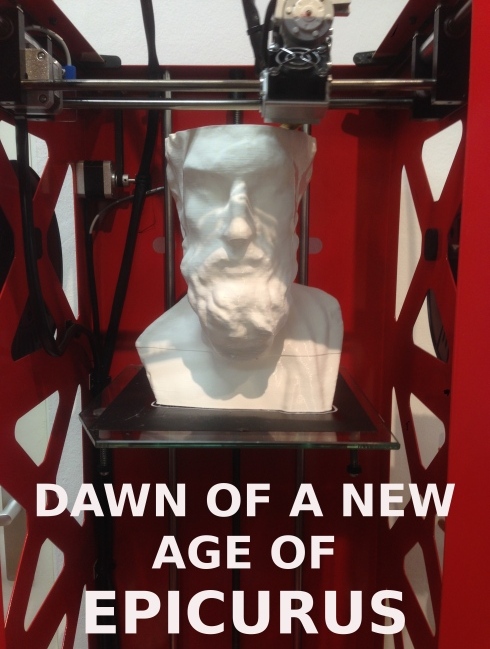 If you follow the world of politics, the last ten days in the USA have provided an important reminder:  where passions run high, truth is often the first casualty. If you are of a liberal political persuasion, you have been outraged by the treatment of Hillary Clinton by the Republican Congress. If you are of conservative persuasion, you have been outraged by hostile reporters at the Republican presidential debate.

No matter how badly you feel about the distortions and misrepresentations you have witnessed, stop for a moment and think.  How would you feel about a similar campaign of deliberate distortion and misrepresentation that lasted, not ten days, but two thousand years?  What if the target of those lies was not an ordinary politician, but the leading philosopher of Western Civilization, who had stood up heroically, and almost alone, against the forces of false religion and false philosophy which had kept the world before his time in darkness?

If you can imagine the anger you you would feel, but if you also think that this obstacle would not intimidate you, but would spur you on to search out the truth with even more strength, then you are ready for the world of Epicurean philosophy.

Almost all that is truly known about the philosophy of Epicurus is contained in Book X of the “Lives and Opinions of the Philosophers” written by Diogenes Laertius in ancient Greece, in the poem “On the Nature of Things” written by Lucretius in ancient Rome, and in the fragmented inscription dug up from the wallstones erected by Diogenes of Oinoanda in ancient Asia Minor.  None of these works are so lengthy, or so difficult, that you cannot master them for yourself.  With very few exceptions, these sources are the only documents left to us by the men who understood Epicurean philosophy, who supported it, and who intended to convey it with accuracy and fairness.

But contrary to these reliable texts, a torrent of intentional misrepresentation and negligent error has been delivered for two thousand years.  In every direction you look, whether in the ancient world by Cicero or Plutarch, or in the modern world by Wikipedia or the slickest websites, you will find commentary prepared by people who were (or are) avowed enemies of core Epicurean doctrines.  These anti-Epicurean commentaries have had one purpose:  to tear down, disrupt, and confuse those who would look to Epicurus for philosophic guidance.

But the world is changing.  Modern technology is allowing the scattered few who sense the truth about Epicurus to communicate easily with one another.  Modern technology is allowing those who wish to learn the truth for themselves to find and share the hidden gems of analysis that still exist, rediscovered through digital scanning, and recovered from centuries of dormancy on the dusty shelves of libraries from around the world.

In recent years the NewEpicurean.com has had a small role to play in encouraging the rediscovery of Epicurus, but the work has hardly begun.  With the help of modern technology and internet collaboration, we’ve only begun to reconstitute a body of work that accurately conveys the true teachings of Epicurus for themselves.  In other corners of the internet, such as the Facebook Epicurean Philosophy Group and Facebook Epicurus Page, the Society of Epicurus, and the active Epicurean groups in Greece, other activists are advancing the work of bringing back true Epicurean doctrine and practices.

But these activists need your help.

The great majority of commentary which young people come across in their studies fails to convey the core insights of Epicurean philosophy. Traditional denunciations of Epicurus abound, and even those commentators who commend Epicurus do so for reasons of their own that Epicurus would find abhorrent.  Modern students need access to the small number of sources and commentaries that present Epicurean ideas accurately, professionally, and persuasively.  Such resources do exist, both in the ancient texts and with modern commentators such as Frances Wright and Norman DeWitt, but it will take time and effort to compile these materials and present them for modern use on the internet.

So here’s the challenge:  Please consider volunteering in our efforts.  Hiram Crespo has put much work into the Society of Epicurus, and we have active discussions going on daily on the Epicurus Page and the Epicurean Philosophy Group on Facebook.  Let us know, either by private email or by public posting, how we can help you help us in advancing the message of Epicurean philosophy.

With your help, we can all profit from the study of Nature as guided by Epicurus, and with work and persistence, we can all be a part of the dawn of a new age of Epicurus.

Note:  The photo accompanying this post comes with permission and our appreciation from Noel Daemen, located in Maastricht in The Netherlands, where he works with Daemen3dprojecten.nl.

Previous ArticlePeace and Safety For Your Twentieth of October – Tips on Epicurean Reasoning from Philodemus
Next ArticleTantum Religio Potuit Suadere Malorum!