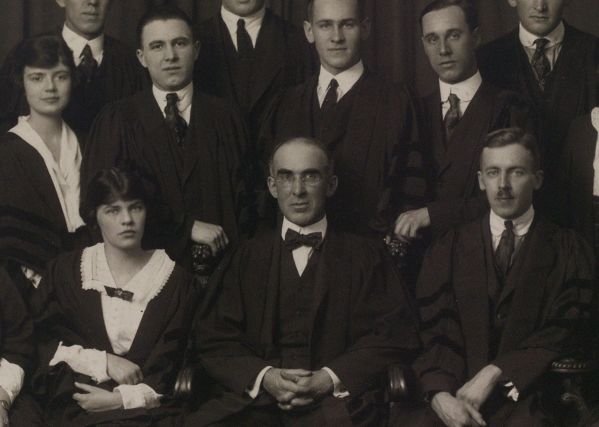 Competing interpretations and translations are a fact of life in studying Epicurus. Recently several of us have been talking about issues with Vatican Saying 21, and I think we may soon have an article about that. But in the meantime, here is another example: Vatican Saying 42.

These are “dark” to say the least. The version by Bailey, the translator of greatest fame in Epicurean studies, is more clear, and yet seems to be even darker in meaning.

This situation presents an example of why I prefer DeWitt’s approach. Rather than leave the matter dark, he refers to the remainder of Epicurean philosophy to provide a translation that makes much more sense and is consistent with the rest of the “big picture” of Epicurean philosophy.  In short, he does not isolate a passage and parse it into superficial nonsense as if it dropped out of the sky totally separately from the rest of the core Epicurean texts.   And DeWitt, who devoted much of his professional lifetime as an academic to studying Epicurus, was no less a scholar of ancient Greek than Bailey or any modern translator.

Here is Bailey’s interpretation of VS 42, from Chapter 12 of “Epicurus and His Philosophy”:

“The specific teaching that life itself is the greatest good is to be drawn from Vatican Saying 42: “The same span of time includes both beginning and termination of the greatest good.” If this seems to be a dark saying, the obscurity is dispelled by viewing it as merely a denial of belief in either pre-existence or the afterlife. As Horace wrote, concluding Epistle i.16 with stinging abruptness, “Death is the tape-line that ends the race of life.” Editors, however, misled by the summum bonum fallacy, equate “the greatest good” with pleasure and so are forced to emend. The change of a single letter does the trick but fundamental teaching is obliterated.”

I am personally not qualified to say whether “The same span of time includes both beginning and termination of the greatest good” is the most literal possible translation. But it is core Epicurean doctrine that our lives as independent beings begin at birth and end at death, and that there is no “greater good” in heaven, in ideal forms, or in essences to which we must conform our own pursuit of pleasure. We have to remember that there are definite limits and bounds to life, and our sense of pleasure is not arbitrary or chaotic — it operates according to principles that vary within limits from man to man. But when you wrap these core ideas back to the issue of when our own personal “greatest good” arises, it certainly arises and ends at some point between birth and death.