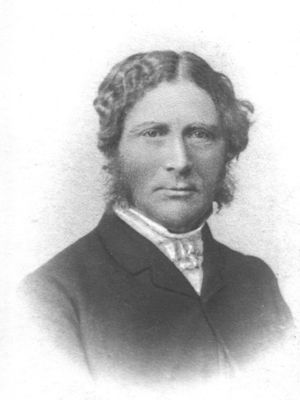 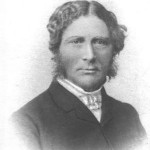 In preparing the last post, I came across this interesting information about the author of what is in my view the best translation of Lucretius’ De Rerum Natura.  I had no idea that his portrait was available, along with the following biographical information from the Trinity College Chapel website.  (This Trinity College bio incredibly makes no direct reference to De Rerum Natura, and the bio at WikiSource is actually much better.)

Munro was the illegitimate son of the owner of a famous collection of pictures, with whom he shared his names. He was born in Elgin and went to Shrewsbury School where Dr Benjamin Hall Kennedy (later of Latin Primer fame) became headmaster; Munro noted the powerful influence of Kennedy’s enthusiasm and scholarship on the sixth form. Munro entered Trinity in 1838 as a pensioner, was elected scholar in 1840, and University Craven Scholar in 1841. In 1842 he graduated second classic, and gained the first Chancellor’s Medal. He was elected Fellow of Trinity in 1843, and after staying in Paris, Florence, and Berlin, took holy orders and lectured on Classics at Trinity. From then until his death Trinity College was his home, though he made many visits to the continent, and usually spent part of the summer in Scotland.

In his early years as a Lecturer Munro wrote important papers on Aristotle, Lucretius and Horace, and published a text of the Latin poem known as Aetna, following the accidental discovery in the University Library of a much better manuscript than any previously known.

In 1869 a professorship of Latin was founded at Cambridge in honour of Dr. Kennedy, and Munro was elected without competition. His lectures did not attract undergraduates but nonetheless he was made a LittD in 1884, received honorary degrees from Oxford (1873), Edinburgh (1872), and Dublin (1882), and in 1882 was president of the Philological Society.

Munro’s publications included, besides classical texts and commentaries, articles in the Transactions of the Cambridge Philosophical Society, the Journal of Sacred and Classical Philology, and the Journal of Philology. Criticisms and Elucidations of Catullus – Munro’s last book – appeared in 1878. This book contains the strongest evidence of his knowledge and appreciation of literature, both ancient and modern.

Munro’s character, like his intellect, was strong. Generally reserved, and sometimes absent-minded, he united dignity and courteousness with a marked simplicity, and a strong antipathy for the false or mean. He had few intimate friends: to them his attachment was extraordinarily strong, as his memorial suggests. 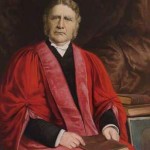