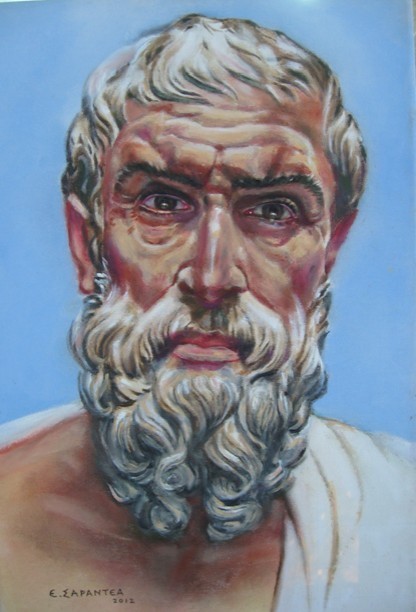 This twentieth, after more than seven years of intensive study of Epicurus and posting at NewEpicurean.com, I find myself reflecting on a passage from the book that most influenced my study of Epicurus:  “Epicurus and His Philosophy” by Norman Dewitt.  As I observe the comments made by people who come newly to the Epicurean Philosophy Facebook group, more than anything else I would recommend that they take to heart the suggestion DeWitt made to all students of Epicurus.  If this one simple observation were followed to its logical conclusion, so many errors in which Epicurean philosophy is confused with  Stoicism and other hostile traditions could be avoided or remedied.  Here is the key suggestion:

At the very outset the reader should be prepared to think of him [Epicurus] at one and the same time as the most revered and the most reviled of all founders of thought in the Graeco-Roman world.

His was the only creed that attained to the dimensions of a world philosophy. For the space of more than seven centuries, three before Christ and four afterward, it continued to command the devotion of multitudes of men. It flourished among Greeks and barbarians alike, in Greece, Asia Minor, Syria, Judaea, Egypt, Italy, Roman Africa, and Gaul. The man himself was revered as an ethical father, a savior, and a god. Men wore his image on finger-rings; they displayed painted portraits of him in their living rooms; the more affluent honored him with likenesses in marble. His handbooks of doctrine were carried about like breviaries; his sayings were esteemed as if oracles and committed to memory as if Articles of Faith. His published letters were cherished as if epistles of an apostle. Pledges were taken to live obedient to his precepts. On the twentieth day of every month his followers assembled to perform solemn rites in honor of his memory, a sort of sacrament.

Throughout these same seven centuries no man was more ceaselessly reviled. At his first appearance as a public teacher he was threatened with the fate of Socrates. In Athens he never dared to offer instruction in a public place but confined himself to his own house and garden. His character and his doctrines became the special target of abuse for each successive school and sect, first for Platonists, next for Stoics, and finally for Christians. His name became an abomination to orthodox Jews. The Christians, though by no means blind to the merit of his ethics, abhorred him for his denial of divine providence and immortality.

The first observation – that Epicurus was revered by many – reinforces the sense that comes over most of us early in the study of Epicurus:  that we have found something very special – something very worthy of close review and consideration – something alien to the modern world yet glowing in the promise that it holds to cure the ills within us and that we see around us.

But it is the observation – that Epicurus had many enemies who reviled him – that most who are new to Epicurus do not realize, and because they do not appreciate what it means, they fail to grasp its implication.  The ancient Epicureans were no friends of ancient Stoicism, Platonism, Aristotelianism, Christianity, or Judaism. The followers of those sects had full access to Epicurus’ texts and to the true meaning of his doctrines, and as DeWitt says, those other groups reviled him, denounced him, and did all in their power to repress his ideas.  And this they did because they recognized Epicurean teachings to be totally incompatible with their own creeds.

Yet today one would think, in reading about Epicurus on the internet, that the shades of Epictetus and Epicurus walk arm in arm through eternity, happily observing that today’s new generation of scholars have finally realized that they were truly friends, truly compatible, and truly separated only by the confusion of ancients who were unable to see what our enlightened eyes today can see so clearly.

Epicurus offered two thousand years ago just what he offers today – a path to victory over the false religions and false philosophies which work to keep us separated from the knowledge that pleasurable living is the true goal set for us by Nature. In the ancient world his opponents denounced him openly, because Epicurean texts were still well known, and the core focus on the role of pleasure was still widely understood. Today, however, with the texts left largely in obscurity, revisionists busily work to bury Epicurus once and for all by redefining “pleasure” as detachment and anesthesia – an ingenious way of neutering Epicurean doctrine that has proven more effective than any bluster from an ancient Stoic.

As we study Epicurus and look for the true meaning of his teachings, let’s never forget that the forces which opposed Epicurus in the ancient world are still with us today. And if we think we observe an inconsistency in the way Epicurus is treated by modern philosophers and religionists versus those who knew Epicurus well in the ancient world, stop and consider DeWitt’s warning.  Do not fail to consider the possibility that the modern enemies of Epicurus may indeed have an understanding superior to their ancient predecessors:  that the most effective way to oppose Epicurus has never been to denounce him, but to render him unintelligible.