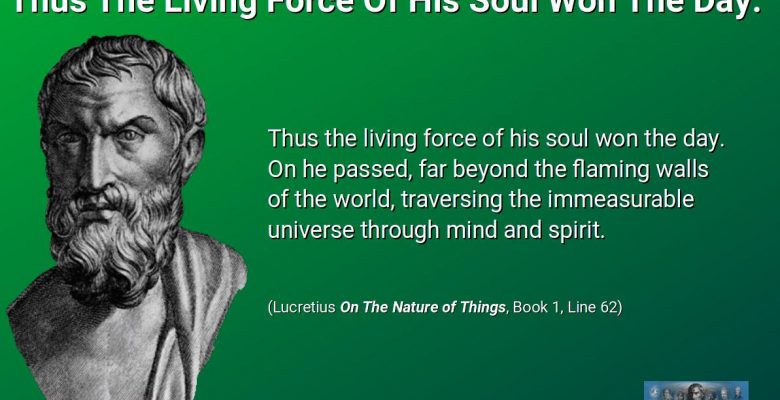 Thus the living force of his soul won the day. On he passed, far beyond the flaming walls of the world, traversing the immeasurable universe through mind and spirit. (Lucretius Book 1, Line 62)

This passage makes a couple of points worth considering, starting with these: