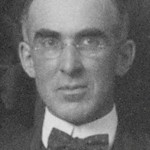 Peace and Safety for Your Twentieth of July!

THE PAIDEIA FALLACY
No correct understanding either of the schooling of Epicurus or of his later attitude toward education is possible without uncovering and dispelling a fallacy based upon the ambiguity of paideia, which means either “education” or “culture.” This fallacy is the more regrettable because magnified by modern scholars.  There is extant a saying of Epicurus which may be rendered:  “To sea with your swift ship, blessed boy, and flee from all education (paideia).”  To Epicurus this meant the Platonic curriculum of education then in vogue, that is, geometry, rhetoric, and dialectic.  Ancient detractors, however, exploiting the ambiguity, insisted that it applied to all culture, including the traditional education in music and literature.  Plutarch added history and Quintilian echoed the general accusation.

There is a similar saying of Epicurus, which unemended may be rendered as follows:  “Bravo, my lad, I congratulate you upon beginning the study of philosophy free of all indiscretion.”   Plutarch, although unfriendly, makes it clear that the lad was congratulated “because he had kept himself pure by refraining from the studies.”  What was meant by “the studies” need occasion no perplexity; they were the geometry and arithmetic required by Platonism as prerequisites.  Modern scholars, however, fall into the trap baited by the ancients.  They emend by substituting the word paideia, found in the previous saying, and translating “pure of all culture.”  One scholar even emends to read “pure of all defilement.”

This willful misrepresentation in ancient times and concurrence in modern times is but one factor of error among several.  Epicurus is perhaps the most calumniated of all characters out of ancient history.   Although his regimen of living bordered upon asceticism and no one had more to say about the simple life, he was reviled on the comic stage as “the teacher of prodigality” and in general as “the master of lusts.”  Yet the sheer volume and continuity of this calumny should put serious students upon their guard.  An utterly uneducated man and an enemy of all culture would hardly have been worthy of the uninterrupted hostility of the other schools over the space of centuries.

It is absurd to impute to Epicurus a scorn of all culture.  His real offense was the attempt to establish a new culture that should compete with the prevailing cultures.  In this he was successful; his school outstripped all others in the number of its adherents.  He was a learned man himself and his philosophy did not repel intelligent men.  It attracted men like Lucretius, Horace, and Virgil.  At a later time the Christians Arnobius and Lactantius knew their Epicureanism better than their Bibles.  St. Augustine was tempted to award it the palm.
_________

As Seneca recorded: Sic fac omnia tamquam spectet Epicurus! So do all things as though watching were Epicurus!
And as Philodemus wrote: “I will be faithful to Epicurus, according to whom it has been my choice to live.“

Previous ArticleThe True Life According To Nature
Next ArticleFor Your Twentieth of August: A Thought From the Marquis De Condorcet