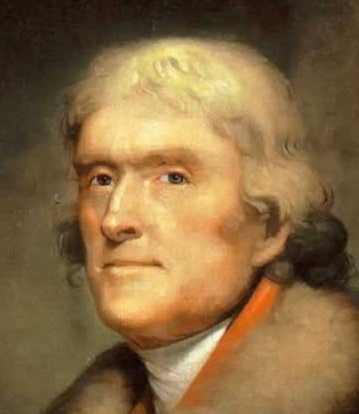 Peace and Safety for Your Twentieth of August!

As Thomas Jefferson said in his letter to William Short:  “I am glad the bust of Condorcet has been saved and so well placed.  His genius should be before us….”

Here is a taste of the genius of Condorcet, which appears to me to relate to a topic of great interest as we evaluate the nature of Anticipations.  Here Condorcet refers to the “moral constitution” wherein we must find the basis of the “duties” of man:

This resemblance between the moral precepts of all systems of religion, and all sects of philosophy, would be sufficient to prove that they have a foundation independent of the dogmas of those religions, or the principles of those sects.  That is, in the moral constitution of man we must seek the basis of his duties, the origin of his ideas of justice and virtue:  a truth which the sect of Epicureans approached more nearly than any other; and no circumstance perhaps so much contributed to draw upon it the enmity of all classes of hypocrites….

Now that I have updated the website with the new ebook on Lucretius’ De Rerum Natura, I intend to return to the topic and blog further on the nature of Anticipations.  I’ll close today’s post with another quote from Jefferson, this time from his letter to John Adams of August 15, 1820:

A single sense may indeed be sometimes deceived, but rarely: and never all our senses together, with their faculty of reasoning. They evidence realities; and there are enough of these for all the purposes of life, without plunging into the fathomless abyss of dreams and phantasms.

As Seneca recorded: Sic fac omnia tamquam spectet Epicurus! So do all things as though watching were Epicurus!
And as Philodemus wrote: “I will be faithful to Epicurus, according to whom it has been my choice to live.“