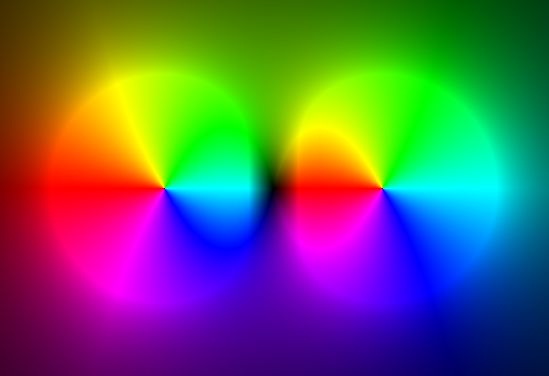 Alex Harrington​ has written an excellent essay on Fields or Particles that is now posted at the Society of Epicurus. What is the relationship of that discussion to how we should live? One important aspect is revealed by this quote from the article: “subatomic force fields and space are the only things that exist.” What the writer really means is that they are the only things that exist “eternally,” and that the organized bodies we see around us are only there for a time. But what he conveys with that word choice – at least to many people – is that the things we see around us are an illusion.

To jump from “only atoms and void exist” directly to “the things we see around us don’t exist” is a huge mistake. Unfortunately, there are many people in philosophy groups – and religion – who enjoy suggesting just that. And why do they find that idea attractive? In part, because it makes them easier to dismiss the pain of life as “an illusion,” and frees them from necessity to consider “reality” as something important.

One of the key Epicurean insights about physics is that for us as humans, the things we see around us do not only exist, they are THE reality that we live in. The world we live in is in fact the ONLY reality that we have, and it is all that is important to us. The central reason – the ONLY reason – we study atoms and void and physics is to assist us in living happily. The world we are concerned about is the world that is real to us.

PD 11. If we had never been troubled by celestial and atmospheric phenomena, nor by fears about death, nor by our ignorance of the limits of pains and desires, we should have had no need of natural science.

PD 12. It is impossible for someone to dispel his fears about the most important matters if he doesn’t know the nature of the universe but still gives some credence to myths. So without the study of nature there is no enjoyment of pure pleasure.

We see a lot of the “world is unknowable/illusion” argument in other philosophy groups, but it doesn’t exist only in those who like to argue variants of Platonism / Stoicism / Skepticism. The real home of “true world” theory is religion, which is why Stoicism is so compatible with religion, and why Stoicism blended so well with the rise of Christianity.

One of the most interesting places to see the historical contrast is in Norman Dewitt’s St. Paul and Epicurus.   There, DeWitt explains references by Paul about the “weak and beggarly elements,” and links them to religion’s fight against Epicurean ideas.  The reason the argument was important then is the same reason it is important now:  arguments that the world is an illusion are intended to convey a sense of despair about the world we live in, and to encourage you to turn in fear to religion, or to philosophies which claim access to other – “truer” – worlds.

Atoms and void are not “the only things that exist.  YOU exist, and if you allow arguments that the world around you is unreal to cloud your thinking, the cost is great:  the loss of your ability to live happily now and the confident expectation of being able to live happily in the future.

Explanation of issues in physics like Alexander Harrington has provided is not a tangent or sideshow in Epicurean philosophy.  Making judgments and reaching conclusions about the nature of the universe is not discretionary, to be done only if it feels good.  Answers to questions such as Was the universe created by a supernatural being?  Does the universe operate by supernatural or natural means? Is the universe a machine in which no free will is possible?  Are the things we see around us real?  are essential to happiness, and they are the foundation on which Epicurean philosophy is built.

In sum, the physics of Epicurus supported the following conclusions (among many others):

1 – That the universe is not supernatural and operates by natural means.2 – That the universe consists of space and elemental “particles.” These particles have an eternal nature which in turn gives the universe consistency and predictability, which is why the universe is not chaotic and random.3 – That while the eternal particles give the universe consistency and predictability, they have a nature which is not entirely mechanistic. Epicurus theorized that this nature entailed the ability to swerve at no fixed time and no fixed place, and because this capacity exists, phenomena can exist which is not entirely mechanistic (i.e., conscious beings have a degree of free will).4 – That while only atoms and void are truly eternal, combinations of atoms and void to form bodies are also real.  The world we live in is formed by these combinations of atoms and void, and must be treated as real, and not as illusions, in order for us to live happily.  The simple fact that combinations of atoms and void are not eternal does not mean they are not real.

For those interested in tracing this argument to the New Testament period, here is an excerpt from Chapter 4 of “St Paul and Epicurus”:

For instance, [Galatians] verse 4:3, which is rendered in the Revised Standard, “So with us; when we were children, we were slaves to the elemental spirits of the universe,” may be more rightly interpreted to mean: “when we were juveniles, we were slaves to the elements of the universe.” The inference is that the Galatians, before they became Christians, had been Epicureans and believers in the atomic theory. The word elements is a synonym for atoms.

Again, when Paul writes in the verse following: “You observe days, and months, and seasons, and years,” these words can be explained in terms of the last will and testament of Epicurus. In this document, which is extant, the philosopher enjoins upon his followers the regular observances of a number of festivals, ceremonies, and anniversaries.