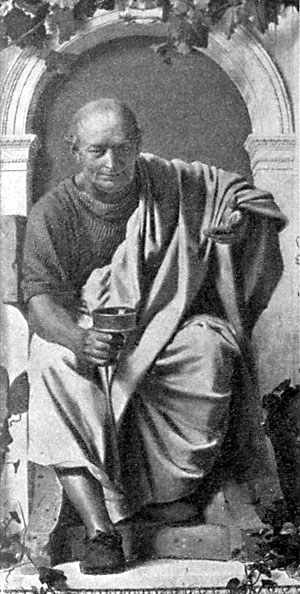 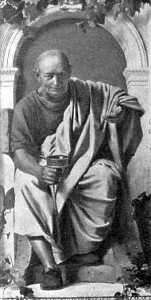 It seems to me there is a great deal to be learned from the section in Cicero’s “On Ends” where the Epicurean speaker is discussing the Stoic argument of the statue’s hand (this version from Epicurus.net):

“Yet at Athens, so my father used to tell me when he wanted to air his wit at the expense of the Stoics, in the Ceramicus there is actually a statue of Chrysippus seated and holding out one hand, the gesture being intended to indicate the delight which he used to take in the following little syllogism: “Does your hand want anything, while it is in its present condition?” Answer: “No, nothing.”—“But if pleasure were a good, it would want pleasure.”—“Yes, I suppose it would.”—“Therefore pleasure is not a good.” An argument, as my father declared, which not even a statue would employ, if a statue could speak; because though it is cogent enough as an objection to the Cyrenaics, it does not touch Epicurus. For if the only kind of pleasure were that which so to speak tickles the senses, an influence permeating them with a feeling of delight, neither the hand nor any other member could be satisfied with the absence of pain unaccompanied by an agreeable and active sensation of pleasure. Whereas if, as Epicurus holds, the highest pleasure be to feel no pain, Chrysippus’s interlocutor, though justified in making his first admission, that his hand in that condition wanted nothing, was not justified in his second admission, that if pleasure were a good, his hand would have wanted it.  And the reason why it would not have wanted pleasure is that to be without pain is to be in a state of pleasure.

The last sentence is they key, and even this translation (or Cicero’s original) probably does not make the point clear.  In Epicurean doctrine, it is correct to think and to see that TO BE ALIVE IS TO EXPERIENCE A STATE OF PLEASURE.  Call it your static pleasure rather than active pleasure if you like, but the Stoic / Platonic error is to think that “pleasure” is a term that has to be restricted to some abnormal state where you are being tickled.  This is why Epicurus said that “it is to continuous pleasure that I call you….”  and why Plato argued that continuous pleasure is not possible.

In the philosophical wars you have to make your choice and take your position:  either life is good, and it is a pleasure to be alive, or life is a constant mind/body split whether the mind is imprisoned in a dirty shell of a body from which we should always seek to escape.  The latter is the Platonic/Stoic/Christian, and the former is Epicurus.  These views are NOT compatible, they are NOT reconcilable, they are NOT blendable, and the history of the last 2000 years is the story of how the other side has been winning.   Refer to Nietzsche’s “Antichrist” for further detail.

For additional confirmation of the split in views, which was clear in the ancient world and needs to be made equally clear today, here is an excerpt from Lucian of Samosata, who clearly was very familiar with Epicurean doctrine, referring to the Christians in his work “Death of Peregrine:”

You see, these misguided creatures start with the general conviction that they are immortal for all time, which explains the contempt of death and voluntary self-devotion which are so common among them; and then it was impressed on them by their original lawgiver that they are all brothers, from the moment that they are converted, and deny the gods of Greece, and worship the crucified sage, and live after his laws. All this they take quite on trust, with the result that they despise all worldly goods alike, regarding them merely as common property. Now an adroit, unscrupulous fellow, who has seen the world, has only to get among these simple souls, and his fortune is pretty soon made; he plays with them.

It’s also clear that a lot more work needs to be done to rescue PD3 and PD4 from the relative obscurity in which they now reside, but DeWitt devotes a lot of excellent discussion to this and I recommend it highly.  Even now when I read PD3 it seems awkwardly worded, but DeWitt makes a great deal of progress in explaining why it, and several other doctrines, are fundamental core rejections of the very definition of pleasure as argued by the Platonic/Stoics.  When pain is removed, there is NO NEED TO ADD ANYTHING ELSE, BECAUSE PLEASURE IS THE DEFAULT STARTING POINT OF THE LIVING BEING:

PD3. The magnitude of pleasure reaches its limit in the removal of all pain. When such pleasure is present, so long as it is uninterrupted, there is no pain either of body or of mind or of both together.