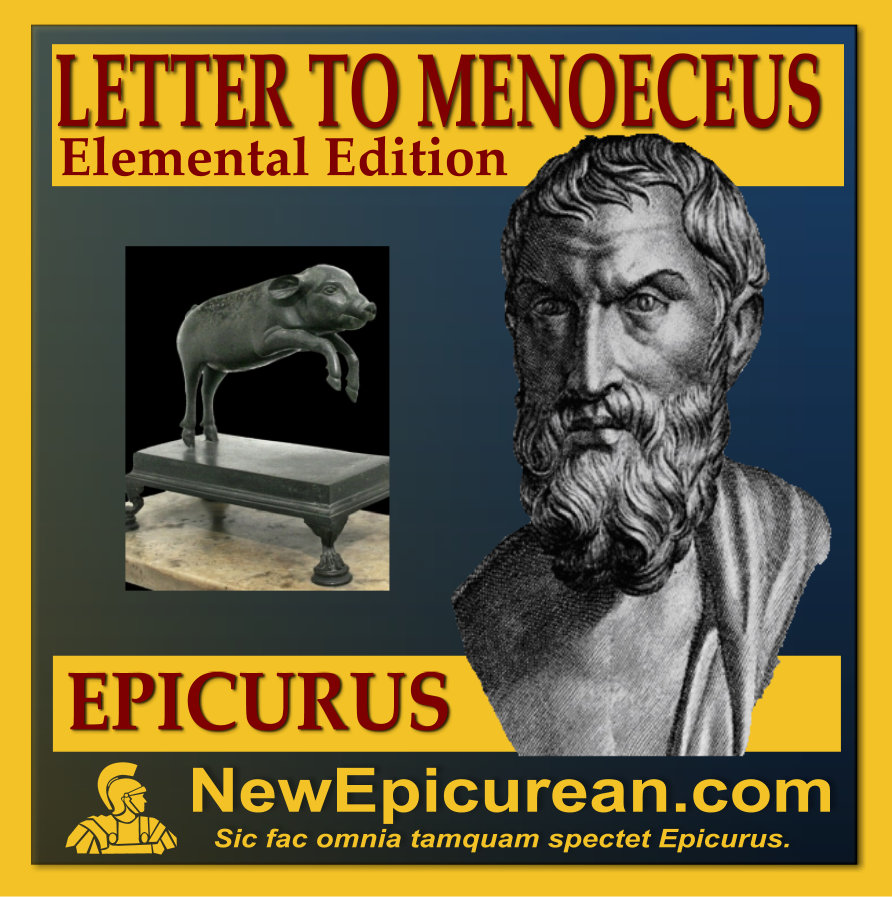 Continuing toward completion with the series of Audio text-to-speech versions of the core Epicurean texts, today’s update is a release of Epicurus’ Letter to Menoeceus.   From the intro:

This presentation of the letter to Menoeceus is a project of New Epicurean.com, based primarily on the translation of Charles D. Yonge, with editing based on the work of Cyril Bailey.  What you are about to hear is not a literal reading of these translations, but a version rendered into modern American English and organized for audio presentation.  The listener should consult literal translations for comparison, and ultimately refer to the letter in its original Greek, as preserved by Diogenes Laertius.

The letter to Menoeceus is devoted to the question of how men should live.  It presumes a knowledge of the material contained in Epicurus’ letters to Herodotus and to Pythocles.  Those first two letters, which teach the student about the tools of knowledge, and about the Nature of the Universe as revealed by those tools, are the necessary foundation on which this letter is based.  Epicurus did not intend his advice here to be regarded as either a divine oracle or as a matter of expert opinion, to be accepted by ordinary men on his own authority as a sage.  Rather, Epicurus sets forth his ethics as the logical conclusions which we  may ourselves derive from the evidence, and by use of the tools, that Nature herself has provided.

It is recorded that Cicero referred to Epicurus as “the Master-Builder of Human Happiness,” and Epicurus intended each student to become, within the limits and bounds set by Nature, the architect of his own life.  Epicurus points us to the brick and mortar, in the form of supporting evidence, and to the plumb and level, in the form of a theory of knowledge and test of truth, with which Nature calls each of us to build a full and complete life.  Starting in the letter to Herodotus, with the observation that  “nothing can be created from nothing,” the Epicurean student is guided, step by step, to the triumphant completion of the letter to Menoeceus.  Here the student learns that his study of Nature, and his application of her guidance, will fully equip him to escape the crowd, who vainly pursue false gods and virtues. The aim of Epicurus, both for himself and for his students, was nothing less than to live “as gods among men.”