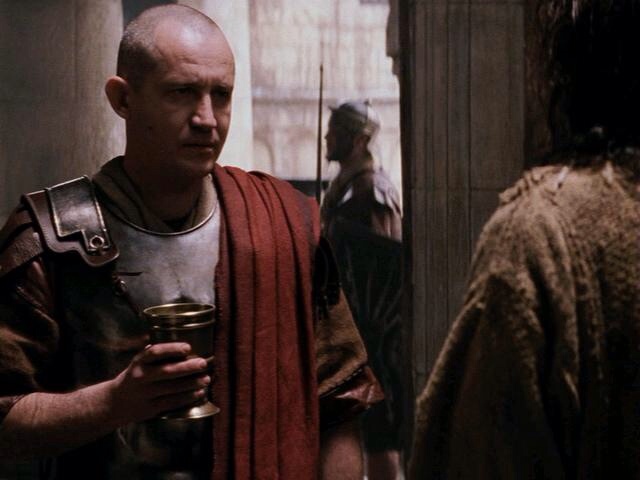 This post is a very narrow point on a huge subject, the question of “what is truth?”  Some will say this is so obvious as to be unnecessary to discuss, but I don’t think that is correct.  Maybe it’s just me, but I think the modern religious/academic/humanist dispositions with which most of us are indoctrinated require this reminder as to the nature of “truth.”

“We must begin with the first after some few preliminary remarks upon his division of philosophy. It is divided into three parts—Canonics, Physics, Ethics. Canonics forms the introduction to the system and is contained in a single work entitled The Canon. The physical part includes the entire theory of nature; it is contained in the thirty-seven books Of Nature and, in a summary form, in the letters. The ethical part deals with the facts of choice and aversion: this may be found in the books On Human Life, in the letters, and in his treatise Of the End.”

Now in The Canon Epicurus affirms that our sensations and preconceptions and our feelings are the standards of truth; the Epicureans generally make perceptions of mental presentations to be also standards. His own statements are also to be found in the Summary addressed to Herodotus and in the Principal Doctrines.  Here is the Bailey version, where he translates “perceptions of mental impressions” as “intuitive apprehensions of the mind.”

In the first place, Herodotus, you must understand what it is that words denote, in order that by reference to this we may be in a position to test opinions, inquiries, or problems, so that our proofs may not run on untested ad infinitum, nor the terms we use be empty of meaning. For the primary signification of every term employed must be clearly seen, and ought to need no proving; this being necessary, if we are to have something to which the point at issue or the problem or the opinion before us can be referred. Next, we must by all means stick to our sensations, that is, simply to the present impressions whether of the mind or of any criterion whatever, and similarly to our actual feelings, in order that we may have the means of determining that which needs confirmation and that which is obscure. When this is clearly understood, it is time to consider generally things which are obscure.

And then we refer to the relevant Principal Doctrines:

22. We must consider both the ultimate end and all clear sensory evidence, to which we refer our opinions; for otherwise everything will be full of uncertainty and confusion.

23. If you fight against all your sensations, you will have no standard to which to refer, and thus no means of judging even those sensations which you claim are false.

24. If you reject absolutely any single sensation without stopping to distinguish between opinion about things awaiting confirmation and that which is already confirmed to be present, whether in sensation or in feelings or in any application of intellect to the presentations, you will confuse the rest of your sensations by your groundless opinion and so you will reject every standard of truth. If in your ideas based upon opinion you hastily affirm as true all that awaits confirmation as well as that which does not, you will not avoid error, as you will be maintaining the entire basis for doubt in every judgment between correct and incorrect opinion.

25. If you do not on every occasion refer each of your actions to the ultimate end prescribed by nature, but instead of this in the act of choice or avoidance turn to some other end, your actions will not be consistent with your theories.

With these as background, before we can understand “Canonics” as a “test of truth” we have to understand what we mean by “truth.”

These points of reference on the processing of information do not come to us without a clear Epicurean context, because we already know vital aspects of the nature of the universe and what we can expect and not expect from our exertions on this or any other topic.

In the Epicurean universe there are no supernatural gods, no center point in space, and no beginning point in time.  The universe is uncreated, the universe as a whole is boundless, and time is and always has been “eternal” – nothing more than a function of matter moving through space.

In such a universe there is no divine standard of right, wrong, or truth; there is no absolute standard by which a “truth” applicable to all places, people and time can be checked; there is no center point in the universe at which one can stand and say “this is yellow” or “this is large” or “this is small.”  All perceptions formed mentally into conceptions are relative and “true” based on the judgment of the observer who is making them at a particular place and time.

Despite this, a concept of “truth” is of vital importance in successful living.  Conceptual reasoning is a priceless tool by which humans can gain far greater control over their surroundings than any other living being (about which we know on this earth, at least).  By means of conceptual reasoning we can observe objects, notice similarities and differences, and assemble sounds which we can speak and letters which we can write to transmit and expand on this information.  And based on this process of conceptual reasoning and communication, we have assembled a civilization of which humans are justly proud.

But the issue here is this:  At no point in the assembly of observations into sounds and letters and our communication of these to others does our decision to assign particular words or letters indicate that we are in communication with a divine god or with a center of absolute truth.

To a savage in a jungle an I-PHONE is no more useful than a block of wood or a chunk of stone – and within the context of the jungle, the I-PHONE is considerably less useful, as it smashes on impact and cannot be shaped into weapons.  The savage has no means of unlocking the power of an I-PHONE any more than we today can unlock the power of the cells of our bodies to regenerate themselves so as to provide eternal health and happiness.  In the right conditions the I-PHONE can revolutionize the life of a savage, and as medicine advances we will likely unlock the powers of our cells to regenerate, but neither capabilities are always and inherently within the power of every particular person.

Over my years of studying Epicurus it has been a continuing source of debate as to whether the “Epicurean Canon” really consists of three legs, as Laertius says Epicurus held, or four legs, as Laertius says “other” (presumably “later”) Epicureans held.  DeWitt sides strongly with three, and I agree with DeWitt’s reasoning, which I will not attempt to repeat here except in brief summary:   DeWitt’s argument is essentially that “impressions of the mind” is a reference to conceptions formed after observations and reasoning, much as Laertius records the meaning of anticipations to be a picture we assemble in our minds of a horse or a cow after seeing numerous horses and cows.  DeWitt argues that pre-conceptions must precede experience, so that Laertius must be wrong in his summary of the nature of anticipations, and that likewise the “other Epicureans” were wrong in considering “mental impressions” to have the same guarantees of truth as the sensations, anticipations, and feelings.  That makes sense to me, and there is no doubt from Laertius that there was a difference of opinion between Epicurus and his later students, so there is SOME division of opinion here that seems more than a game of words.

But what I want to suggest in this post that whichever interpretation is correct, the more fundamental conclusion is that – whether or not there are three legs of the canon or four, whether or not the “intuitive apprehensions of the mind” are considered of equal rank with feelings and sensations – the important point for us to digest is that “truth” always remains a concept that we ourselves as humans create for ourselves, valid only for ourselves, and useful only to those of us with whom we can accurately communicate a clear context of meaning clearly informed by sensations, feelings, and anticipations/intuitions.

It makes no difference how complex our logic or conceptual constructions may be, or how much in love with them we may be, or how highly we may esteem them in any way. Our conceptual constructions never reach the level that we imagine to be attached to Divine Pronouncements, or what we like to call Absolute Truth.  Our conceptions of “truth” always remain as personal to us as our feelings of pain and pleasure, and our sensations and anticipations by which we function as human beings in experiencing our lives.

As long as the meaning of “truth” is kept in context, I can understand and accept that “mental impressions” – as some kind of product of thinking – could be considered a “fourth leg.”  But I also see an extreme danger in doing so, because the products of mental processes are inherently subject to error in opinion-formation.  It is the absence of error from opinion that is exactly why the sensations, feelings, and anticipations were elevated to their status as canonical in the first place, and the products of observation and thought do not carry that indicia of reliability.

It may well be possible to define a type or procedure of mental impression which is totally or largely free from the error of opinion.  If so, then I can see how such a procedure could be considered canonical.  For example, it might be argued that a person who has lived around horses can “automatically” develop a word/concept “horse.”  For that person, and for the person with whom he communicates successfully, the word/concept horse can become a point of reference.  Is it wise to consider this type of reference to be of equal importance as direct feeling of pleasure or pain, or his sensation of hot or cold?  Possibly, but I question whether that it wise, and I believe that is why Epicurus saw a line here which should not be crossed.

But even if one chooses to consider mental processes a fourth leg, the larger point remains: there is NO GOD, NO CENTRAL ABSOLUTE TRUTH, by which a Supernatural God, or the universe personified as Nature, can stand up and say “You’re wrong.”  People can create all sorts of concepts and conclusions in their mind, and hold them tightly as “truth” to them, and those can be (in their minds) just as real as “yellow” or “hot.”  People choose to live and die by such conclusions every day, and there is no supernatural arbiter which has the right to say “they were wrong.”

In summary, if Epicurus were here today to talk to us, I think his caution would be something like this: 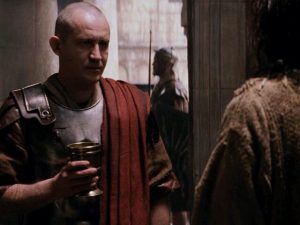 Next ArticleChristos Yapijakis: Mistakes of Cognitive Perception and Epicurean Prudence