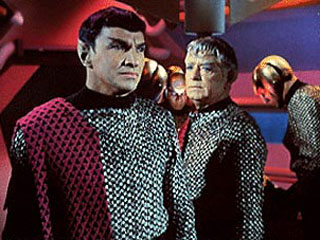 The tongue-in-cheek title to this post is a reference to my current reading:  Two Studies In The Greek Atomists by David Furley.

The thesis of Furley’s two studies is this:

The world-picture of the ancient Greeks was not a matter of common agreement but was the subject of energetic controversies through several centuries.  Many different cosmologies were defended and rejected.  But in the course of time the hitherto scattered conflicts began to resolve themselves into a struggle between two parties, which we may label “Atomists” and “Aristotelians.” ….

Broadly speaking, the Atomists defended the atomic theory of matter, mechanical causation, the infinity of the universe, the plurality of worlds, and the transience of our world.  The Aristotelians defended the continuous theory of matter, the supremacy of final causes, the finite universe, and the uniqueness and eternity of our world.  The Atomist party, though in many ways  it could claim descent from Empedocles and Anaxagoras, first attained its identity at the end of the fifth century with Leucippus and Democritus; their cause was taken up at the end of the fourth century by Epicurus, and again in Roman times by Lucretius.  The opposite party consisted of Plato, Aristotle and his pupils, and the Stoics.

I have only begun to work my way through this book, so I have to withhold comment other than to say that a topic like this is of great interest.

In parallel to this I am also working through Roderick Long’s Reason and Value – Aristotle v. Rand.  The thesis of Long’s work is:

To hop back to the title of the post, both of these commentaries point toward the importance of understanding Epicurus in relationship not only to Plato, which is discussed here frequently, but also to Aristotle.  Many readers today are familiar with Rand’s elevation of Aristotle to virtual godhood, while Plato is reviled as a devil.  But from the Epicurean world-view there was little to distinguish between Aristotle and Plato, and in fact Diogenes of Oinoinda singled Aristotle out for disagreement in a remaining section of his famous wall.  It is therefore helpful to work through the important differences between Epicurus and both of these earlier philosophers.

To bring this home in an easy to remember way, students of Epicurus should one day look forward to meeting the Romulans or their equivalents, in a universe much like that Star Trek.  The Aristotelians and their Platonic kinsman, on the other hand, will find our first encounter with life in outer space to be quite disconcerting to their world view.

Previous ArticleMore Analysis In Support of Epicurus’ Insight: The Error Of Attempting to Reason By Ideal Concepts
Next ArticleOn the Pedantry of Aristotle (and Stoicism and Platonism too!)