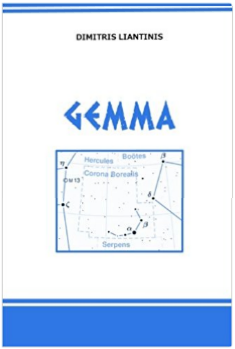 This is a tardy call to attention of a translation of an important Greek work by Dimitris Liantinis, prepared by a participant of the Epicurean Philosophy Facebook group, Yiannis Tsapras). Liantinis can be dense to read, but he falls generally into the Nietzschean tradition with commentary that is often consistent with Epicurus (though I see Epicurus is cited only a few times here). Liantinis had great critical insight into how the Greco-Roman world DEvolved into the world of today. I am very tardy in writing an Amazon view but I encourage all active students of Epicurus to patronize our activists such as Haris Dimitriadis and Hiram Crespo  who have produced works of significance to students of Epicurus. (If I forget anyone here, please accept my apology and let me know so I can correct the record.)

“A Link From Ancient to Modern Greece”

“This book is highly recommended for English-speakers who are unfamiliar with the work of Liantinis. I came across this book due to several friends who were familiar with Nietzsche, Epicurus, and the views of Liantinis, which are similar in important respects. This translation by Yiannis Tsapras is very easy to read even where the ideas of Liantinis are dense in a Nietzsche-like way. For someone like myself who is keenly interested in unwinding how the Greece of today resulted from the land we have read about in the ancient classics, Liantinis is an important bridge of information. My taste for more of Liantinis has been awakened, and I hope the translator will eventually prepare more from the same source, such as Liantinis’ “Rome and The Stoa.”

In Chapter V (“God Is Dead”), Liantinis writes: “Archaeologists of the future find only rats and weeds among the shattered ruins. What the hell happened!? Was it not here that men and women once laughed and cried?” In Liantinis we can find important links in the chain of events that explains how the Greco-Roman world came to be no more.

Of this book I particularly recommend “The Hellenic Greek.” An excerpt – to be taken PHILOSOPHICALLY, not to apply to anyone in particular:

“Do you want to have an accurate portrait of a modern Greek? Take the robe of a vulture and of a crow. Take the stuffed bellies of the priests, the black frock of Makarios II, from Cyprus. And the long beards of the monks, which hide the face like thick overgrown and unkempt fences hide the fields beyond. And the covered up nuns, the other version of the Turkish veil, and you have got a faithful picture of the modern Greek.

Now next to this dark and foreboding image, bring the image of the ancient, and measure the difference.
Bring the shapes of the youthful bodies, well-built and proportioned. Ascending from Olympia and Delphi, accompanied by the clarion sounds of silver cymbals. The beautiful sleeveless tunics, appealing in their simplicity, and the flowing white garments. Sandals of fine leather, made to fit strong ankles.

Bring the picture bequeathed to us by the ancient Greek women. Slim-lined with their thin belts, a blue headband and deer-like grace. The Greek women of Argos and Ionia, slender in their short skirts and unashamed. Racing on the mountains together with Atalanta. And sleeping in their final resting places like the Euthydikos Kore.
All of them supported peacefully on some marble pedestal, at the head of a column, at the base of a white cistern in the Agora. Surrounded by elegantly proportioned temples, bathed in sunlight and azure skies.

Men, and gods, and statues, all one.

All these, so that you may compare the old and the new Greece, to consider and weigh them. And put a northern European next to them, so that he may do a fair appraisal. He will have every right to say: Clean air and daylight is not the same as putrid smells in the dark of night. You cannot mix hyacinths and weed.”