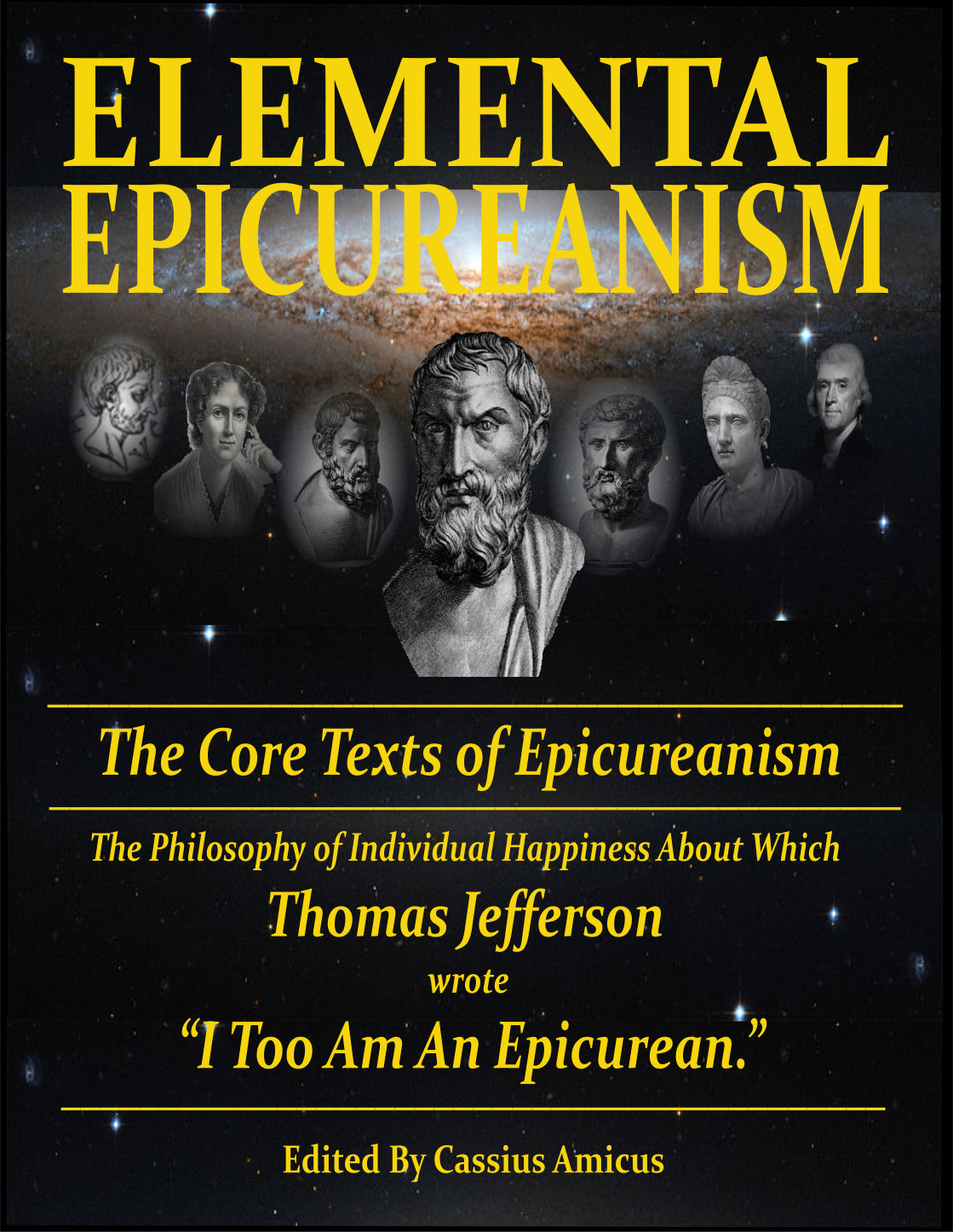 *Epub Update* I have today set up a new facebook group “Elemental Epicureanism.” The URL of the new group is https://www.facebook.com/groups/ElementalEpicureanism/

The sole purpose of this group will be to post copies of my epub of the same name, in which I am collecting all of the core textual material I can find in one place. I intend for all versions of this to be freely available, but before I post this to any of the ebook websites I thought I would post it among our facebook friends first.
It seems to me a necessary first step in interesting others in the philosophy of Epicurus is to make sure that good translations of the core material is *freely* available, and in readily accessible form. That’s the way I came to the study of Epicurus – Epicurus.info and Epicurus.net were invaluable to me and remain so. Much of the material I am collecting in the epub is also available on those sites, but my aim is to make this ebook much more comprehensive. In Epub (NOOK) and Mobi (KINDLE) format it is also easily portable on any cell phone, tablet, or computer, whether or not it is connected to the internet.
As an example of what I am including, neither of the main Epicurus sites has a full copy of Lucretius’ “On the Nature of Things” – an essential text if there ever was one. In my epub I am including full versions of DRN as translated not only by Cyril Bailey but also by H.A.J. Munro. I am including Book X of Diogenes Laertius’ “Life of Epicurus” in *three* different translations. And I am also including the latest transcripts of the “Life of Epicurus” by Pierre Gassendi, which Ilkka V. has been so instrumental in helping get into readable form. Adding to these, and revising the format and commentary, is going to be a long and laborious process.
I don’t want to clog up this “Epicurean Philosophy” group with posts every time I correct a typo and release a new version. Setting up a new group is to allow me to post notices of new versions only for those who are interested. It will also allow readers to post comments and suggestions and corrections, out of the way of our daily reading.
I hope to move forward with setting up a “Meetup Group” in my local area at some point, and this ebook edition will allow me to pass out a full copy of all the texts that such a group might want to read. I hope others get some use out of it as well.
It is my intent to focus much of my time in the future on revising, expanding, and improving this ebook. That’s a goal that will never be finished, however, and if I wait until I am finished to make it available, it will never get issued. There are many rough spots, but most of the core public domain nineteenth and early twentieth-century texts that are included here are already in very usable form. Life moves fast, and what is already here should be very useful even in current form.
For a period of time I am going to leave the group as “open” so that anyone who is interested can “like” it and be informed of updates. After that initial period I will probably move it to “closed” status so that people can discuss the texts privately. Please feel free to click over and let me know your comments, now and as future editions are released.

Here is a copy of the table of contents:

Appendix 1 – The Life of Epicurus as translated by Cyril Bailey

Appendix 2 – The Life of Epicurus as Translated by R. D. Hicks

Appendix 3 – The Life of Epicurus as Translated by C. D. Yonge

Appendix 7 – Selections from The Letters of Thomas Jefferson

Appendix 8 – Selections from the Letters of Lucius Seneca

Appendix 9 – Selections from the work of Marcus Tullius Cicero

Appendix 10 – Selections from the letters of Gaius Cassius Longinus