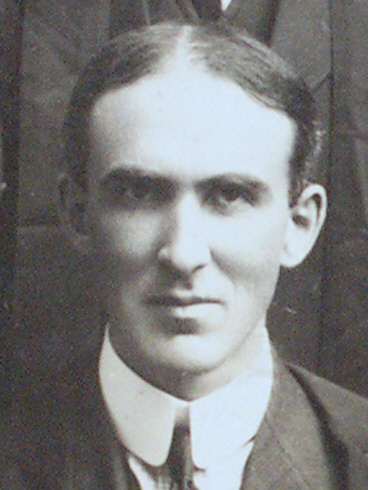 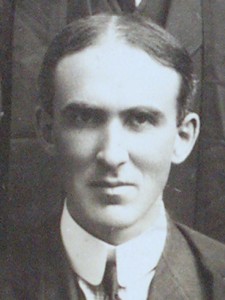 In speaking with a friend today about his melancholy feeling as he observed the decline in health of a loved one, I remembered that I have far from mastered the art of explaining Epicurus’ teachings on death and dying.

This is a subject that demands attention and much writing by those who respect our legacy from Epicurus.  For the present, we have readily available to us the famous series of observations made by Lucretius at the end of Book III.

In addition to those, however, I think it is crucial that we study and attempt to master the implications of Principle Doctrine 19.  What better place to start for that analysis that Norman DeWitt.

What follows is from Chapter 12 of Epicurus and His Philosophy:

PLEASURE NOT INCREASED BY IMMORTALITY

At the same time that the denial of immortality resulted in placing body and soul upon a parity and required the formulation of a dualistic good, it demanded a doctrinal counterpoise for the surrender of belief in immortality. That this surrender was recognized in the reasoning of Epicurus as a further delimitation of the scope of pleasure is indicated by the position of the Authorized Doctrine in which the remedial doctrine is stated; it is No. 19 and follows that on the ceilings of pleasure: “Infinite time and finite time are characterized by equal pleasure, if one measures the limits of pleasure by reason.” This is both paradoxical and subtle. It is shocking to Christian feeling and was hardly less so to the pagan of antiquity. To the multitude, as Lucretius observed, it was a gloomy and repulsive thought. To Platonists, with their stately, elaborate, and mystical eschatology, it must have seemed like nihilism.

Its subtlety is equally manifest. As will presently be shown, Epicurus maintained that pleasure is not altered in kind by the fact of duration or extension; here he declares that it is not increased in quantity. All pleasures have fixed ceilings and fixed magnitudes. When in the words of the Doctrine he speaks of “measuring the limits of pleasure by reason,” he means recognition of the fact that for the body health and the expectation of its continuance is the limit of pleasure, and that for the mind the limit is the emancipation from all fear of the gods or death. The attainment to this state, he now declares, is a condition of one dimension. He seems to think of it as an Alpinist would regard the ascent of an arduous mountain peak. The pleasure would not be increased by remaining on the peak.

THE FULLNESS OF PLEASURE

It is possible, however, to arrive at a higher degree of precision, always a chief objective in the reasoning of Epicurus. This higher precision depends upon discerning the subsidiary doctrine of the fullness of pleasure. For this there is a double logical basis: the first basis is the infinity of time, from which it is deduced that there can be nothing new. As the Epicurean Ecclesiastes expresses it, 1:9: “The thing that hath been, it is that which shall be; and that which is done is that which shall be done: and there is no new thing under the sun.” Lucretius reminds us in similar vein “that all things are always the same” and “no new pleasure can be devised.” From this it follows that the exhaustion of pleasures is feasible and the fullness of pleasure is attainable.

The second basis of this subsidiary doctrine is the existence of natural ceilings of pleasure, which, being thus limited, could be enjoyed to the full. Out of this was begotten the familiar metaphor of the aged sage as taking leave of life like a satisfied banqueter. This theme was chosen by Lucretius for the ringing finale of his third book; he personifies Nature and represents her as rebuking the complainer because he cannot depart “as a guest who has had his fill of life” or “as one who is full and has had his fill of experience.”  The wise man, on the contrary, can say bene vixi, “I have lived the good life.” This is the cry of triumph uttered by old Diogenes of Oenoanda; to quote his own words: “Facing the sunset of life because of my age and on the verge of taking my leave of life with a paean of victory because of the enjoyment of the fullness of all pleasures.”

If still further precision on this topic be sought, it may be observed that this doctrine of the fullness of pleasure is supplementary to the doctrine that death is anesthesia. The latter may help to reconcile men to the state of being dead but it fails to compensate for the surrender of immortality. Only the possibility of having enjoyed all pleasures to the full in this life can counterbalance the relinquishment of the hope of enjoying eternal pleasures in the afterlife. This is the “true understanding” of which Epicurus speaks: “Hence the true understanding of the fact that death is nothing to us renders enjoyable the mortality of existence, not by adding infinite time but by taking away the yearning for immortality.”  What cancels the yearning for immortality is the conviction that the fullness of pleasure is possible in this mortal life. The ingenuity of this argument is undeniable; it means the victory over death and we have proof of its wide acceptance in the vigor with which St. Paul in his ardent plea to the Corinthians champions the resurrection of the dead as a new means of victory over death.

Incidentally, without close scrutiny it is difficult to discern by what sort of logic this doctrine could be reconciled with the perfect blissfulness of the gods. If pleasure is not increased by the length of its duration, how could the lot of the gods seem more desirable than that of the mortal sage? With this problem Epicurus did not fail to deal. The topic must await detailed treatment in the ensuing chapter on the True Piety. Here it will suffice to say that the superiority of the happiness of the gods is represented as consisting in the perfect assurance of its continuance. Involved with this judgment is a startling paradox: what renders the happiness of the gods eternal is this perfect assurance of its continuance; its eternity is a result, not a factor of causation. It is a quality of life.

The paradox that ranks major to this, that happiness is not increased in magnitude by immortality, has found its way into Western thought through the literature of consolation. Obviously, if happiness is not increased by immortality, neither can it be increased by length of mortal life. The philosopher Seneca expatiates upon this inferred aspect of the doctrine, though without mentioning its source, and comforts his correspondent by dwelling feelingly upon the wisdom of measuring a human life by its achievement rather than its length.  In the course of this homily he compares the long and merely vegetative life to that of a tree and this detail survives for us in the poem of Ben Jonson which begins,

It is not growing like a tree, in bulk,
Doth make man better be.

But the last lines of the poem hark back definitely to Epicurus:

In small proportions we just beauty see
And in small measure life may perfect be.

The sentiment recurs in Christian hymnology:

He liveth long who liveth well.

Such is often the fate of Epicurus, to be quoted anonymously if approved, by name if condemned.

Previous ArticleA Time For All Things Under Heaven – Epicureanism And Incidental Participation In Public Life: The Cincinnatus Model
Next ArticleOn The “Fourth Nature” – The “Unnamed Element” of the Mind