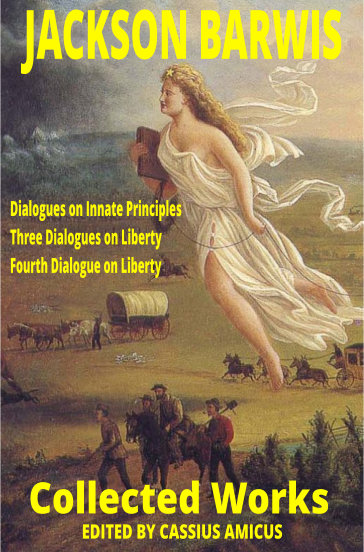 In a recent blog post at “The Autarkist,” Hiram Crespo wrote about “Religion As Play,” a referenced to a statement attributed to Epicurus that “to pray is natural.”  Of course in evaluating that statement in Epicurean terms, “praying” is subject to the same non-supernatural restrictions as is the nature of the gods themselves.  Nevertheless it is clear that Epicurus held the contemplation of “higher forms of existence” to be beneficial to people in the same way that a child modeling himself or herself after a parent is useful, or aspirations and the study of success are helpful in any field.

I believe Hiram is exactly right in his observation, and I think I can add another observation that bolsters his conclusion.  People today who are familiar only with false religions based on supernatural gods tend to discount the possibility of any benefits arising from anything associated with “religion,” but Epicurus pointed the way toward a “true religion” of spiritual feeling based in reality rather than in fantasy. And as Epicurus pointed out and Hiram highlighted, to pray is “natural.”  It is natural, and not unnatural, for us to contemplate higher forms of existence as a way of improvement for ourselves.

There is another aspect of humanity in which issues of natural and unnatural come into play, and that is “civil society.”  We are educated to believe that the “state of nature” of men is to live alone, as a savage in a jungle, with lives that are “nasty, brutish, and short.”  But is such a brute existence really the natural state of men, or is it in fact the most un-natural?  Epicurus pointed out that men are established by nature to find their greatest happiness and security in friendship, meaning that friendship is natural to man.  Both civil society and “prayer” are natural dispositions of mankind, apart from which men are not in their natural state.  Therefore it is as wrong to consider civil society to be unnatural as it is to consider “prayer” (properly understood) to be unnatural.

These thoughts come to mind in part because of a compelling passage written by one of my favorite authors, Jackson Barwis.  In his essay “Three Dialogues On Liberty,” Barwis examined the “natural state” of man for purposes of refuting false ideas about civil society.  His arguments, I think, are exactly parallel to those that Hiram and/or Epicurus would or could use to illustrate that men are most in their natural state when they are exercising the capabilities given to them by Nature.  Here is Barwis making the argument from Dialogue Two of Three Dialogues  on Liberty.  Substitute the idea of prayer and even religion, properly understood as non-supernatural, in the following for “society,” and I believe the argument applies directly to show how Hiram’s post is correct:

As for those who are so very curious in their researches concerning the state of nature as to consider man as a being abstracted from society, and naturally unsociable, as an individual totally unconnected with his fellow creatures, we may leave them to the enjoyment of their own speculations; which, notwithstanding the discovery of a wild boy or two, are entirely vain and chimerical, because men never have, naturally, existed in such a state at any time whatever.

When, continued he, we discourse of men as being in the state of nature, to distinguish their manner of existence before entering into any formal government, it is a phrase which may serve very well for that purpose. But if we conceive (and it is generally so conceived) that as soon as men submit themselves to government they are no longer in their natural state, it is a very great mistake.

All the other parts of the state of nature they mean to preserve by that very submission.

Your reasoning seems just, answered I.

It has ever appeared strange to me, continued he, to hear men talk of man as being in the state of nature, or not in the state of nature, in the sense usually affixed to these phrases. Much ambiguity would have been avoided if the words, “Manin his natural state, or not in his natural state,” had been employed. When any other species of animals is made a subject of inquiry, we always treat of it as being in its natural state. And we very justly determine that to be the natural state of any species of creatures which is found consonant to the true laws of its nature, and as far as the motives or actions of any creature be dissonant to the same laws (by whatever means such dissonance arise) so far must they be deemed unnatural, and the creature out of its natural state.

Now were we to make man a subject of inquiry on the same ground, I apprehend much perplexity would be avoided, and we should be much more likely to understand his true natural state.

But, interrogated I, would you have us treat of man as we do of other animals, whose nature and faculties are so widely different?

Why not? answered he. Are not the nature and faculties of every species of creatures widely different? Yet we find an analogy in their natures, and treat of them all in nearly the same method. But what I have to say, continued he, will be short and general; nothing to the disadvantage of man, and perhaps something satisfactory to you.

Suppose, then, we lay it down as a maxim that man, like other animals, is always in his natural state when his motives and actions are consonant to the true laws of his nature, and vice versa.

I see no objection, said I.

If that be allowed, replied he, then whether we consider him in the most savage and uncultivated state, or in the most refined and polished, or in any state between the two, we shall always find him in his natural state, when his conduct is conformable to the true laws of his nature.

It seems so, said I.

And this conduct, I presume, said he, will be so found more generally under good government than in any other period of his progress.

It is probable, said I.

But we are so used, added he, to consider the rudest state of our existence as more truly our natural state, that, I fear, I shall with some difficulty find credit for a different opinion. But let us endeavor at a farther explanation, said he. Man in his rudest state bears a nearer resemblance to other animals; other animals, we allow, are kept in their natural state by laws which act instinctively upon them, and partake very little, if at all, of the rational faculty; so that we think ourselves certain that they are true to the laws of their nature. And thus making them a measure for man, we suppose him to be more truly in his natural state the nearer he approaches to the condition of other animals, and that may be true, as far as concerns his animal functions merely. But it ought to be considered that the peculiar and distinguishing faculties of the human mind, which seem to infer a power of judging of the propriety of human actions, and a power of choosing or refusing to obey the dictates of nature, make a very considerable difference between the nature of man and of other creatures, and prove him to be intended for another and much higher sphere of action. I see no cause therefore to conclude that the rudest and least cultivated is more properly the natural state of man on account of its approximation to the condition of brutes; but rather the contrary.

There is no doubt indeed, as I said before, that man in the animal or instinctive part of his nature hath a great similarity to other creatures. But to pass away a life in the exercise of the animal faculties only would hardly be deemed natural in the human creature: yet such nearly is the savage state. Now what other conclusion can be justly drawn from all this but that man in a savage or uncultivated state is in the lowest and least improved state of human nature; and in that which approaches the nearest to the brute creation?

No other, I think, answered I.

It is, no doubt, continued he, the proper place to commence at in the history of human nature; and that is the only use that ought to have been made of it. But to suppose men to be out of their natural state as soon as they begin to form plans of government, and to invent the useful and ornamental arts of life, is as irrational as to suppose ants out of their natural state when they store up their hoards against winter, or bees when they construct combs for their honey.

A creature formed as man is, with such faculties, senses, and mental powers, is by nature moved, according as particular circumstances arise, to form and to submit himself to political institutions; and to invent and cultivate arts useful and ornamental to life and necessary to his well-being. This indeed is done in a progressive way, from a state of barbarity to a state of refinement and elegancy. He seldom continues long in any certain state. Sometimes his progress in improvement is quick, sometimes very slow, because it much depends on favorable circumstances and on the auspicious situation of things. In the least cultivated, or savage period of his existence, he is a very necessitous creature, and his time and faculties must be almost entirely engrossed in providing for such wants as are too pressing to be neglected. In such a state he can have but little leisure for contemplation and reflection, and from the rudeness of things about him, his ideas must be few, and his views short and confined.

In his progress toward a more improved state, his urgent wants becoming more easily provided for, and finding more time for the exercise of his mind, he proceeds on, step by step, to the discovery of all the arts and sciences subservient either to the utility or ornament of life, until at length he arrive at the most refined and polished state, from which it has been the usual course of things to decline again into barbarity.

Now were we inclined to determine upon any one period of this progress as more properly the natural state of man than any other, where must we fix?

Must it not be just at that period, interrogated he, when his conduct is most conformable to the true laws of his nature?

It must, answered I.

Perhaps, continued he, that may not be in the most refined state, and I think we are sure it is not in the most rude; but at whatever intermediate period it may be judged to exist, in all stages above or below that period, man will be more or lessin his natural state, according as he approaches to, or recedes from, this conformity to the laws of his nature.

And this is what I think concerning the natural state of man.

Previous ArticlePleasure and Achievement
Next ArticlePeace and Safety For Your Twentieth of June! – “Outlines”