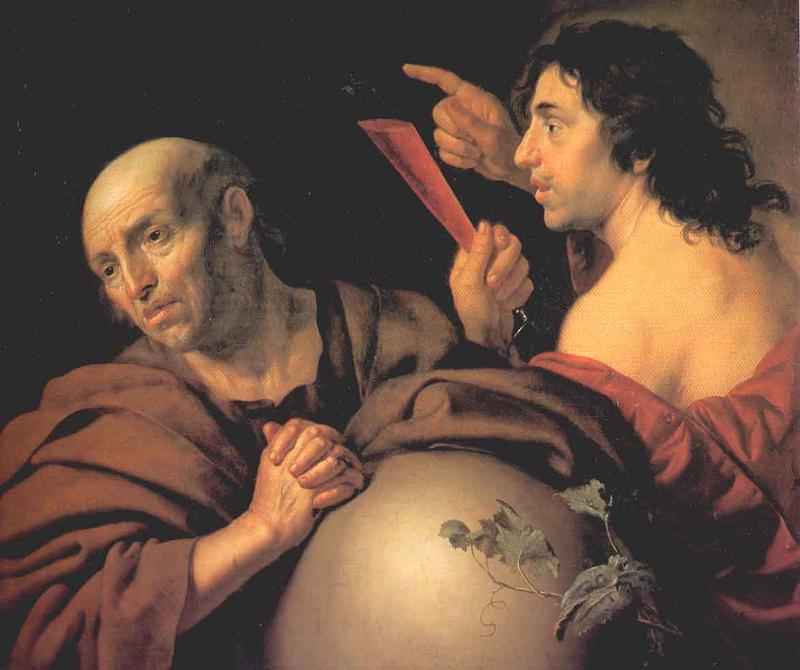 Many people (often fed by Stoic misdirection) think that this attitude of resignation and endurance ultimately leading to suppression is the Epicurean attitude toward emotion. That is the Stoic view, not the Epicurean view, and it is dead wrong. The entirety of Epicurean philosophy is dedicated to maximizing pleasurable living. While it is true that minimizing pain is an important part of maximizing pleasure, Epicurus taught that pain is to be *avoided,* not “suppressed” or “accepted,” and pleasures are to be chosen when they can be achieved without excessive pain.

Despite all the confusing jargon which implies that Epicurus held that pleasure IS the absence of pain, what he really held is that the maximum (or the “upper limit”) of pleasure is experienced IN or AT the absence of pain. He does not *equate* pleasure as the absence of pain – that would be nonsense. Whenever an Epicurean doctrine appears to make no sense in modern eyes you can be sure it is being misinterpreted. Certainly Epicurus held also that dead bodies have no pain, but neither do they experience pleasure — nor did Epicurus hold that they do. Instead, what Epicurus was saying was that for the living being, the “point of *maximum* pleasure,” as a sum of BOTH active (those that we normally think of as stimulative pleasures) AND the “static” pleasures (that are experienced by merely being alive without pain) is experienced when there is no pain to dilute the experience.

Here’s PD3: “The limit of quantity in pleasures is the removal of all that is painful. Wherever pleasure is present, as long as it is there, there is neither pain of body nor of mind, nor of both at once. (Bailey) 3. The magnitude of pleasure reaches its limit in the removal of all pain. When pleasure is present, so long as it is uninterrupted, there is no pain either of body or of mind or of both together. (Hicks)

We know that the “quantity” or “magnitude” of pleasure contains BOTH active and static pleasure from Diogenes Laertius, who recorded: “[Epicurus] differs from the Cyrenaics with regard to pleasure. They do not include under the term the pleasure which is a state of rest, but only that which consists in motion. Epicurus admits both; also pleasure of mind as well as of body, as he states in his work On Choice and Avoidance and in that On the Ethical End, and in the first book of his work On Human Life and in the epistle to his philosopher friends in Mytilene. So also Diogenes in the seventeenth book of his Epilecta, and Metrodorus in his Timocrates, whose actual words are: “Thus Pleasure being conceived both as that species which consists in motion and that which is a state of rest.” The words of Epicurus in his work On Choice are : “Peace of mind and freedom from pain are pleasures which imply a state of rest; joy and delight are seen to consist in motion and activity.”” Other sources document the same thing, especially the description of the happiest type of man in “On Ends”.

Epicurus held that Mental Pleasures (which are surely emotional) are even more important than bodily pleasures. Also per Diogenes Laertius: “He further disagrees with the Cyrenaics in that they hold that pains of body are worse than mental pains; at all events evil-doers are made to suffer bodily punishment; whereas Epicurus holds the pains of the mind to be the worse; at any rate the flesh endures the storms of the present alone, the mind those of the past and future as well as the present. In this way also he holds mental pleasures to be greater than those of the body.”

And so what of the idea that emotions are to be avoided because they are “disturbing” as some argue? Will the Epicurean suppress or repress or seek to ignore emotions so as to attain some kind of “tranquility” that equates to a deadening sense of “feeling no pain?”

Here is what Epicurus said: “He [the wise man] will be MORE susceptible of emotion than other men: that will be no hindrance to his wisdom.” An example of this is that while the wise man will not himself write poems, “Only the wise man will be able to converse correctly about music and poetry, without however actually writing poems himself.” Wise men know how to experience emotion more deeply, and do not depart from wisdom because of it. This is the opposite of the error of trying to suppress emotion — the notion that Stoics both ancient and modern continue to push and try to associate also with Epicurus.

In sum, the entirety of Epicurean philosophy is devoted to the intelligent maximization of pleasure, while at the same time avoiding pain, by intelligent free choice and avoidance. Don’t let anyone tell you that Epicurus wants you to give up the ambitions and dreams that bring you the greatest pleasure in life. Do not give them up – instead apply the Epicurean canon to assess your situation and work rationally and aggressively toward achieving them.

Epicurus was the very opposite of an ascetic — all his teaching was laid out to assist you in maximizing pleasure. Do not be confused about his references to simple living. Such references are for the same purpose as everything else in the philosophy – to intelligently maximize a life of pleasure.

You will avoid the error of the Stoics and those who allege that Epicurus advised detachment from emotion if you always remember VS 63: “There is also a limit in simple living, and he who fails to understand this falls into an error as great as that of the man who gives way to extravagance.”

Live your life as Epicurus advised. Maximize your enjoyment of life by choosing intelligently to pursue pleasure, and avoid those situations and people and ideas that promise only deadening of emotion and pain.

This is a slightly revised version of a post that originally appeared on the Epicurean Philosophy Facebook page.

Previous ArticleThe Epicurean Views the Modern Mind Finds Unthinkable: “Dogmatism” and “Free Will”
Next ArticlePeace and Safety For your Twentieth of October: Two Ways of Looking At Decision-Making