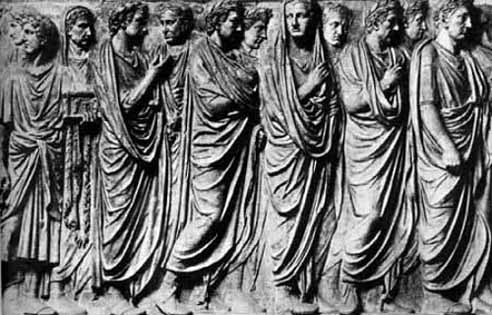 I have read now to the conclusion of “Stoics And Epicureans,” a well-known work that contains much excellent information about Stoicism and Epicureanism.  As I went through it, I collected some of the most obvious references that indicate Hicks’ essential hostility to Epicurus’ views, as evidence that his characterizations of Epicurus should not be taken at face value.  In the end, however, rather than taking sides with the Stoics, Hicks seems to be more of a Platonist (see p. 323 – “Plato’s transcendent genius overshadowed all his successors.”)

The end of the book took a turn not indicated by the title, however, in that the final two chapters are devoted neither to Stoicism nor Epicureanism, but to Skepticism.  Hicks clearly has a great deal of respect for Carneades, and he spends a lot of time at the end of the book with Carneades’ arguments against positive knowledge of any kind.

But the final words of the book are the sad part.  Here, after believing he has answered and pointed out the defects of both the Stoics and the Epicureans, Hicks concludes he has no positive answers to the arguments of the skeptics, and instead of pointing the way back from his dead end, he leaves the reader by endorsing a chilling conclusion from David Hume:

“Upon this charge let Hume, the greatest of sceptics, answer for his brethren of antiquity. He has told us that it is only by forgetting his own arguments that he can recover cheerfulness. “Most fortunately it happens, that since reason is incapable of dispelling these clouds, nature herself suffices to that purpose, and cures me of this philosophical melancholy and delirium, either by relaxing this bent of mind, or by some avocation and lively impression of my senses,which obliterates all these chimeras. … I may, nay I must yield to the current of nature in submitting to my senses and understanding; and in this blind submission I show most perfectly my sceptical disposition and principles. But does it follow that I must strive against the current of nature, which leads me to indolence and pleasure; . . . and that I must torture my brains with subtleties and sophistries, at the very time that I cannot satisfy myself concerning the reasonableness of so painful an application, nor have any tolerable prospect of arriving by its means at truth and certainty ? … These are the sentiments of my spleen and indolence; and, indeed, I must confess that philosophy has nothing to oppose to them, and expects a victory more from the returns of a serious, good-humour’d disposition than from the force of reason and conviction. In all the incidents of life we ought still to preserve our scepticism.  If we believe that fire warms or water refreshes, ’tis only because it costs us too much pains to think otherwise. Nay, if we are philosophers, it ought only to be on sceptical principles, and from an inclination which we feel to the employing ourselves after that manner.”

This is the attitude of the ancient Sceptic, and the fact that other men denounce it as irrational or inconsistent is part of its justification.”

So Hicks follows his authorities to the end of their road, finds it to be a dead end, and endorses it.  No turning around and backtracking for him, no second thought that maybe there was more to Epicurus than met his eye, as even Cicero admitted in his letter to Cassius Longinus.

But isn’t that pretty much the majority attitude of “the crowd” today?  They will lead you on in their halls of learning to make you think that they have all the answers, all the while concealing in their sly grin that they have no answers at all.  And they will lead you on as far as you are willing to go with them, until at some point the smart or fortunate ones happen upon a hint of the Epicurean strain that permeates most any modern alternative to the elites.  Unfortunately, what happens mostly is that the majority is neither smart nor fortunate, and they drop out entirely, swearing off any consideration that a sound philosophy might be essential to living their lives happily.

It occurs to me to add here that much the same investment of time and energy can be short-tracked by reading Lucian’s Epicurean-flavored HERMOTIMUS, where the realization that the major philosophies lead to dead ends is met with a much more vigorous response.  Let the realization of the dead end cause you to metamorphosize yourself, as in Hermotimus, and resolve that:

“When we next meet, there will be no long, shaggy beard, no artificial composure; I shall be natural, as a gentleman should. I may go as far as a fashionable coat, by way of publishing my renunciation of nonsense. I only wish there were an emetic that would purge out every doctrine they have instilled into me; I assure you, if I could reverse Chrysippus’s plan with the hellebore, and drink forgetfulness, not of the world but of Stoicism, I would not think twice about it. Well, Lycinus, I owe you a debt indeed; I was being swept along in a rough turbid torrent, unresisting, drifting with the stream; when lo, you stood there and fished me out, a true deus ex machina. I have good enough reason, I think, to shave my head like the people who get clear off from a wreck; for I am to make votive offerings to-day for the dispersion of that thick cloud which was over my eyes. Henceforth, if I meet a philosopher on my walks (and it will not be with my will), I shall turn aside and avoid him as I would a mad dog.”

But enough of this complaining; I now intend to move back to more positive and productive projects, including one in particular that is near the top of my mind.  Complaining and pointing out errors can be helpful, but in the end there is no substitute for a positive education in the subjects which, as Torquatus said, we should be ashamed that we did not learn as children.   What is ultimately needed is an entire virtual computer-based curriculum for people of all ages (but preferably children) to follow as a standard to be sure that they have been exposed to the best in Epicurean and Epicurean-consistent thought.  It seems to me the necessary first step in such a project would be a reading list, and I see that in GEMMA, the final book issued by Dimitri Liantinis (a writer on whom I will blog more in the future), the English translator has included a recommended list of reading material to acquaint readers with Hellenistic ideas.  I am therefore brainstorming how to organize and set up such a list, and if you have any suggestions, please let me know.

In the meantime, here is my list of passages in R.D. Hicks that readers of “Stoics And Epicureans” should know about before they accept his representations about Epicurus.  There are many more; these are the highlights: