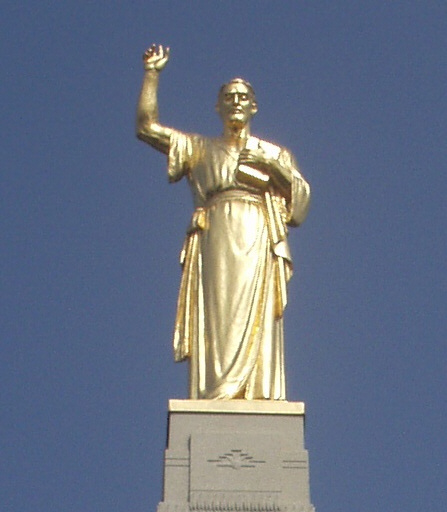 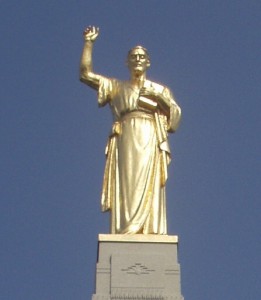 Epicurus taught us that if we fail to study Nature with sufficient diligence, and if continue to harbor doubts that what the false religions say about the gods may be true, then we will be unable to experience the happiness that is otherwise possible to us.

For those readers of this blog who retain a nagging concern about the story of St. Paul’s vision on the “Road to Damascus,” an excellent way to put that episode in perspective is to consider the many parallels between Paul’s claims and those of Joseph Smith for his vision on the Hill of Cumorah in 1827.  These parallels could fill a book, but the essential point is that both Paul and Smith needed a basis for their claims to have received a special revelation.  Both needed a sanction and a claim of authority linked to existing religion for their own speculations, and both came up with the claim that the god of the masses had appeared to them in a new and unprovable way.  In Smith’s case, the Book of Mormon he allegedly received on Cumorah was essentially a rehash of existing Judeo-Christian theology mixed with a largely irrelevant tale of fantastic events on the American continent.  Smith’s claim for the Book of Mormon was not that it provided unique theological points — Smith developed those later — but simply that it supported his claim that Smith had established a new and direct communication to god, and that he had been ordained to start a new church, which would be of course the only true church.  Likewise, Paul did not claim that his vision on the Road to Damascus was itself a new treatise on theology.  Instead, that vision was simply the basis for his claim that he had been provided the authority to make later doctrinal pronouncements that his flock should consider to be divinely inspired.

In many ways we can observe in the growth of Mormonism over the last 150 years the same pattern of internal conflict and deception that existed in the early Christian church.  In both religions we find parallel controversies over what texts are authoritative and how those texts were obtained.  We find parallel development of secret rituals from which the public was barred, and we find the regular revision and amendment of doctrine and texts to make them more palatable to wider audiences.  In the case of Mormonism there are many excellent websites that document these machinations, among the best of which is mormonthink.com.

For those who find this subject of particular interest and are willing to travel back in time to the early 1980’s, I recommend this video:  The Godmakers.  Although its production values are dated, if you continue to harbor concerns that the fantastic claims of the world religions are worthy of consideration, a great way to put those claims in perspective is to compare them with the claims of Mormonism.  The story of Joseph Smith is so recent, and so transparently deceptive in its historical development, that most people recoil in surprise as they discover the absurdity of its claims.  Once one grasps the deceptive nature of Mormonism, the foundation is well laid for applying that lesson to other and older religions.

This post would not be complete without noting that the antidote to the false claims of religion does exist, and it is waiting to be rediscovered by a new generation — in the philosophy of Epicurus.

Previous ArticleNew Pro-Epicurean Book For Your Library: “Epicurus for Everyone”
Next ArticleDoctrine 24: The Master Instrument of the Architect of Human Happiness