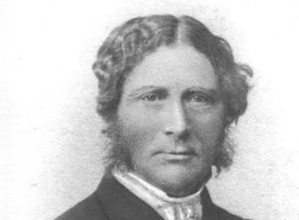 Here’s another example of why some translators and commentators are more to be trusted than others. HAJ Munro appreciated the merits of Epicurean philosophy over the other schools, so he captures a favorable view of Epicurus in his edition of Lucretius. [Note his view of Plato and Aristotle: “barren logomachies with wire-drawn distinctions without a difference;” and of the Stoics: their “wretched world, their monotonous fire, their rotund and rotatory god … their sterile wisdom and still more barren virtue.”]

“Is then the Epicurean system well or ill adapted to these purposes [poetry]? As a poet can scarcely be the inventor of a new system of philosophy, Lucretius could hardly help adopting some one of those which were then in vogue; if not the Epicurean then the Academical or Peripatetical or Stoical. To construct a poem out of either of the first two with its barren logomachies, wire drawn distinctions without a difference, would have truly been to twist a rope out of sand: of course I am speaking of these two systems as they were in the days of Cicero and Lucretius; though much the same might be said of them in the age of their first propounders. Well then the stoical? I unhesitatingly assert that for all purposes of poetry both its physical and ethical doctrines are incomparably inferior to those of Epicurus. Read the De Natura Deorum; compare their one wretched world, their monotonous fire, their rotund and rotatory god, their method of destroying and creating anew their world, with the system of nature unfolded by Lucretius, grand and majestical in its general outline, with some strangely suggestive anticipations of the latest marvels of physical science. Then look at their sterile wisdom and still more barren virtue, with their repudiation of all that constitutes the soul of poetry. Lucretius on the other hand can preach up virtue and temperance and wisdom and sober reason with as loud a voice as any of your Stoics; and then what inexhaustible resources does he leave himself in his alma Venus and dux vitae dia voluptas!”

That quote comes from here.

Sadly if you compare that to THIS version, Munro seems to have toned down his criticisms of the other schools later

Previous Article“How Do I Most Quickly Learn The Basics Of Epicurean Philosophy?”
Next ArticleDescribing, Without Answering, An Important Issue – the Nature of “Anticipations” and “Present Impressions of the Mind”