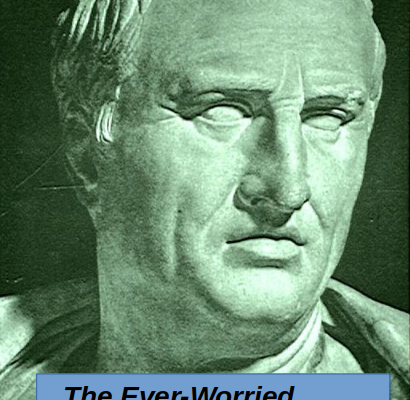 For today’s Twentieth, here is confirmation of the importance of the Twentieth to Ancient Epicureans, even through the words of the spiteful Cicero, who did his best to undermine Epicurean philosophy.  Cicero’s arguments provide useful information, and the best way to honor Epicurus on the Twentieth is to study the opposing arguments so as to know how to refute them:

Yes, Torquatus, you people may turn and twist as you like, but you will not find a line in this famous letter of Epicurus that is not inconsistent and incompatible with his teachings. Hence he is his own refutation; his writings are disproved by the uprightness of his character.

That provision for the care of the children, that loyalty to friendship and affection, that observance of these solemn duties with his latest breath, prove that there was innate in the man a disinterested uprightness, not evoked by pleasure nor elicited by prizes and rewards. Seeing so strong a sense of duty in a dying man, what clearer evidence do we want that morality and rectitude are desirable for their own sakes? But while I think that the letter I have just translated almost word for word is most admirable, although entirely inconsistent with the chief tenets of his philosophy, yet I consider his will to be quite out of harmony not only with the dignity of a philosopher but also with his own pronouncement.

What I want to know is this: if all sensation is annihilated by dissolution, that is, by death, and if nothing whatever that can affect us remains, why is it that he makes such precise and careful provision and stipulation ‘that his heirs, Amynomachus and Timocrates, shall after consultation with Hermarchus assign a sufficient sum to celebrate his birthday every year in the month of Gamelion, and also on the twentieth day of every month shall assign a sum for a banquet to his fellow-students in philosophy, in order to keep alive the memory of himself and of Metrodorus’?

That these are the words of as amiable and kindly a man as you like, I cannot deny; but what business has a philosopher, and especially a natural philosopher, which Epicurus claims to be, to think that any day can be anybody’s birthday? Why, can the identical day that has once occurred recur again and again? Assuredly it is impossible. Or can a similar day recur? This too is impossible, except after an interval of many thousands of years, when all the heavenly bodies simultaneously achieve their return to the point from which they started. It follows that there is no such thing as anybody’s birthday. ‘But a certain day is so regarded.’ Much obliged, I am sure, for the information!

But even granting birthdays, is a person’s birthday to be observed when he is dead? And to provide for this by will — is this appropriate for a man who told us in oracular tones that nothing can affect us after death? Such a provision ill became one whose ‘intellect had roamed’ over unnumbered worlds and realms of infinite space, without shores or circumference. Did Democritus do anything of the kind? (To omit others, I cite the case of the philosopher who was Epicurus’s only master.)

And if a special day was to be kept, did he do well to take the day on which he was born, and not rather that on which he became a Wise Man? You will object that he could not have become a Wise Man if he had not first of all been born. You might equally well say, if his grandmother had not been born either. The entire notion of wishing one’s name and memory to be celebrated by a banquet after one’s death is alien to a man of learning. I won’t refer to your mode of keeping these anniversaries, or the shafts of wit you bring upon you from persons with a sense of humour. We do not want to quarrel. I only remark that it was more your business to keep Epicurus’s birthday than his business to provide by will for its celebration. 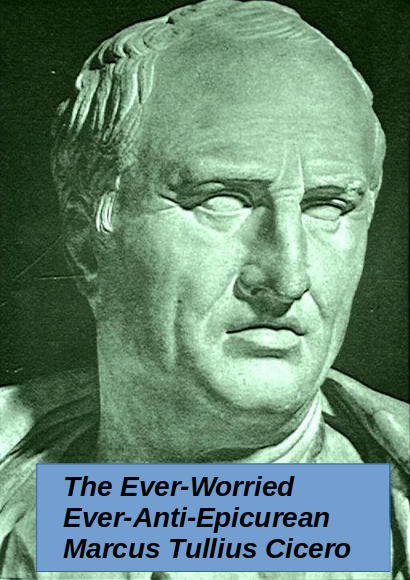