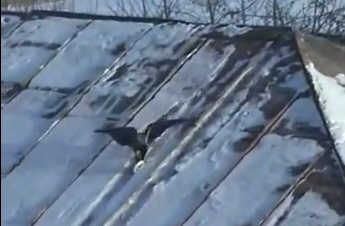 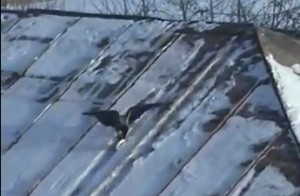 Man’s fate is like that of the animals; the same fate awaits them both: As one dies, so dies the other. All have the same breath; man has no advantage over the animal.  Ecclesiastes 3:19

The subject of similarities and differences between the nature of man and the animals is very complex, but has been a subject of great debate over the ages.  Does man have a “soul” that is different in kind, or degree, or both, or neither, from that of the animals?

As I read further into this subject I see it is often addressed under the category of “Materialism” or “Immaterialism,” which I have addressed before in the work of Thomas Cooper, a strong proponent of “Materialism.”  Although the label is not one that I gather Epicurus used, it certainly seems that the classic Epicurean view was that the “soul” is a material entity, albeit composed of atoms of the most refined variety.  I don’t offer any answers in this post, but I want to direct the reader’s attention some excellent material written by John Mason Good in the early 1800’s.

As far as I can tell one of Good’s most well known works was his translation of Lucretius.  Good chose to translate into a poetic form which I find very difficult to read, so I rarely refer to his translation, but Good deserves much credit for the sweep of his notes to each section of the poem.  Good seems to have been one of those nineteenth century scholars who had the resources to devote his entire life to the study of the classics, in a way that I am not sure many can duplicate today.  So Good was very familiar with Lucretius and Epicureanism, and he refers to them in his separate work, the “Book of Nature” which is available on Google Books.   The part that strikes me of greatest interest today is below, where Good points out that the “Immaterialists” are drawn to the argument that animals are distinctly different and lower than men — little more than machines, which would appear to be the opposite of the Epicurean position.  Here he cites how the immaterialists compare the actions of animals to nothing more than the strings of a harpsichord, thus the title of this post (page 24, Book of Nature, Vol III).

By some immaterialists, and particularly by Vitringa and Grotius, it has been conceived, that, as something distinct from matter must be granted to brutes, to account for their powers of perception, mankind are in possession of a principle superadded to this, and which alone constitutes their immortal spirit. But such an idea, while it absurdly supposes every man to be created with two immaterial spirits, leaves us as much as ever in the dark as to the one immaterial, and consequently incorruptible, soul or  principle possessed by brutes.  The insufficiency of the solution has not only been felt but acknowledged by other immaterialists: and nothing can silence the objection, but to advance boldly, and deny that brutes have a soul or percipient principle of any kind; that they have either thought, perception, or sensation; and to maintain, in consequence, that they are mere mechanical machines, acted upon by external impulsions alone. Des Cartes was sensible that this is the only alternative; he, therefore, cut the Gordian knot, and strenuously contended for such an hypothesis: and the Abbe Polignac, who intrepidly follows him, gravely devotes almost a whole book of his anti-Lucretius to an elucidation of this doctrine; maintaining that the hound has no more will of his own in chasing the fox than the wires of a harpsichord have in exciting tones; and that, as the harpsichord is mechanically thrown into action by a pressure of the fingers upon its keys, so the hound is mechanically urged onwards by a pressure of the stimulating odour that exhales from the body of the fox upon his nostrils. Such are the fancies which have been invented to explain what appears to elude all explanation whatever; and, consequently, to prove that the hypothesis itself is unfounded.

The following selection skips quite a few pages and is given in the context of a discussion of the immortality of the soul, but here Good discusses the Epicurean perspective, contrasting it to that of Socrates, Plato, Aristotle, and the Stoics (page 46, Book of Nature):

The grand opponent of the soul’s immortality, however, among the Greeks, was Epicurus. He conceived it to be a fine, elastic, sublimated, spiritualized gas or aura, composed of the most subtle parts of the atmosphere, as caloric, pure air, and vapours, introduced into the system in the act of respiration, peculiarly elaborated by peculiar organs, and united with a something still lighter, still rarer and more active than all the rest; at that time destitute of name, and incapable of sensible detection, offering a wonderful resemblance to the electric or galvanic gas of modern times.

In the words of Lucretius, who has so accurately and elegantly described the whole of the Epicurean system:

Far from all vision this profoundly lurks, Through the whole system’s utmost depth diffus’d, And lives as soul of e’en the soul itself.

The soul thus produced, Epicurus affirmed, must be material, because we can trace it issuing from a material source; because it exists and exists alone in a material system; is nourished by material food; grows with the growth of the body; becomes matured with its maturity; declines with its decay; and hence, whether belonging to man or brutes, must die with its death. But this is to suppose that every combination of matter, and every principle and quality connected with matter, are equally submitted to our senses, and equally comprehended by them.  It has already appeared that we cannot determine for certain whether one or two of the principles which enter into the composition of the soul, upon this philosopher’s own system, are matter, or something superior to matter, and, consequently, a distinct essence blended with it, out of the animal fabric as well as in it. Yet if they be matter, and the soul thus consists of matter, of a matter far lighter, more subtilized and active than that of the body, it does not follow that it must necessarily perish with the body.

The very minute heartlet, or corcle, which everyone must have noticed in the heart of a walnut, does not perish with the solid mass of the shell and kernel that encircle it: on the contrary, it survives this, and gives birth to the future plant which springs from this substance, draws hence its nourishment, and shoots higher and higher towards the heavens as the grosser materials that surround the corcle are decaying.  In like manner the decomposition of limestone, instead of destroying, sets at liberty the light gas that was imprisoned in its texture; and the gay and gaudy butterfly mounts into the skies from the dead and mouldering cerement by which it was lately surrounded.

Matter is not necessarily corruptible under any form.  The Epicureans themselves, as well as the best schools of modern philosophy, believed it to be solid and unchangeable in its elementary particles.  Crystallized into granitic mountains, we have innumerable instances of its appearing to have resisted the united assaults of time and tempests ever since the creation of the world. And in the light and gaseous texture in which we are at present contemplating it, it is still more inseparable and difficult of decomposition. Whether material or immaterial, therefore, it does not necessarily follow, even upon the principles of this philosophy itself, that the soul must be necessarily corruptible; nor does it, moreover, necessarily follow that, admitting it to be incorruptible, or immortal in man, it must be so in brutes.  Allowing the essence to be the same, the difference of its modification, or elaboration, which this philosophy admits, produces the different degrees of its perfection, may also be sufficient to produce a difference in its’ power of duration.  And, for anything we know to the contrary, while some material bodies may be exempt from corruption, there may be some immaterial bodies that are subject to it.

This latter material is an interesting observation, and I would think some selections from Lucretius could be cited in support of it.  If the soul is material and is composed of atoms, then those atoms, like all others, have neither been created nor or destroyed, and thus are as eternal as any other kind of atoms.  The maintenance of the arrangement of those atoms is more of a difficulty.  As Lucretius seems to have said, even if our soul’s atoms were to find themselves at some point in infinite time and space back in the same arrangement, that re-arrangement would not restore our consciousness, that which we think of as the individual, so there would remain no reason to look forward to a life after this one.

But back to the main point of this post:  harpsichords do not go sledding in the snow for fun.  The Immaterialists are motivated to demean animals as below humans to the point of being mere machines, while the Epicureans were not.  There is much food for thought here on many subjects, not only in regard to the implications for the relationship between men and animals, but also for what it reveals about the motives of those who so cavalierly consider animals to be machines to be disposed of with no greater concern than broken harpsichords. Do harpsichords go sledding in the snow for fun?  I think not.

Previous ArticleSt. Paul vs. Epicurus
Next Article“Against The Vulcans”