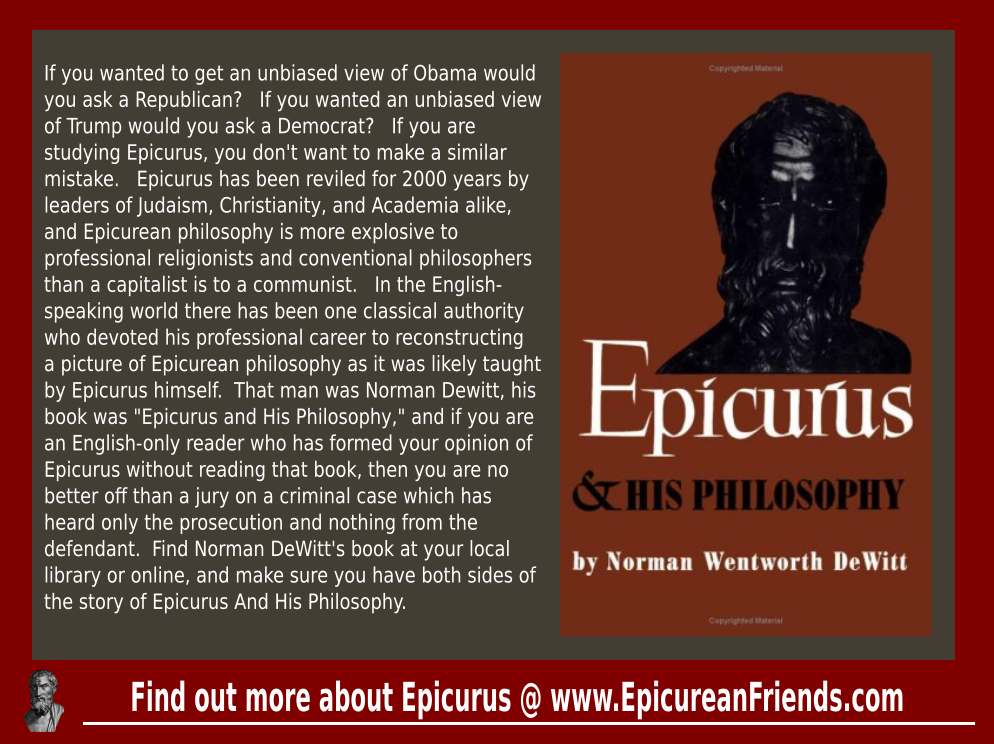 If you wanted to get an unbiased view of Obama would you ask a Republican? If you wanted an unbiased view of Trump would you ask a Democrat? If you are studying Epicurus, you don’t want to make a similar mistake. Epicurus has been reviled for 2000 years by leaders of Judaism, Christianity, and Academia alike, and Epicurean philosophy is more explosive to professional religionists and conventional philosophers than a capitalist is to a communist. In the English-speaking world there has been one classical authority who devoted his professional career to reconstructing a picture of Epicurean philosophy as it was likely taught by Epicurus himself. That man was Norman Dewitt, his book was “Epicurus and His Philosophy,” and if you are an English-only reader who has formed your opinion of Epicurus without reading that book, then you are no
better off than a jury on a criminal case which has heard only the prosecution and nothing from the defendant. 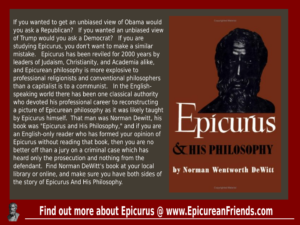