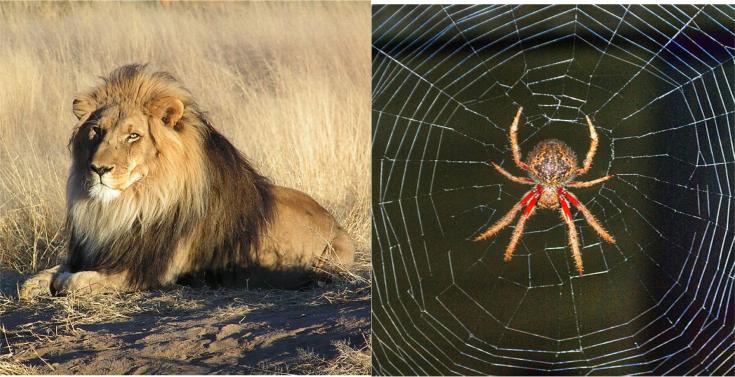 A part of any discussion of anticipations will revolve around the extent to which anticipations refer to (1) the formation of concepts through reasoning and experience, or (2) the influence of an “intuitive” faculty present at birth before the infant has experienced anything whatsoever. I personally think that both aspects are involved in anticipations. Regardless of the fact that our ideas of the mechanism involved have changed greatly, the following passages from Book 3 of Lucretius seem to me clear evidence that the Epicureans considered the mind (of all animals) to be subject to inherited dispositions that fit well into DeWitt’s “intuition” aspect of anticipations.

I don’t have any problem equating this subject to astronomy, where the Epicureans knew that they did not have sufficient evidence to choose between competing theories, but knew that it was improper to choose between multiple theories consistent with the evidence. Today we wouldn’t use the “heat” and “air” theory, so we have to look past that wording, but if we do we can clearly see that the ancient Epicureans believed that living things have dispositions of mental behavior, consistent with their types, just as they have patterns of cellular functioning.

“The mind contains as well the element of heat, which it displays when it seethes with anger and fire flashes fiercely from the eyes. It also [290] contains an abundance of that chill breath, the attendant of fear, which provokes shuddering in the limbs and makes the frame tremble. It contains too that still, calm air, which is in evidence when the breast is tranquil and the countenance unclouded. But heat is the element that predominates in those creatures whose hearts are fierce and whose irascible minds readily seethe with anger. First and foremost in this class are lions, so strong and ferocious: often they growl and roar until they burst their bellies, since they are unable to repress their tempestuous rage. On the other hand, the chill minds of deer contain more wind and are quicker [300] to send icy currents of air blowing through the flesh, thus inducing a trembling motion in the limbs. Again, the predominant element in the vital principle of cows is placid air: these beasts are never unduly inflamed and impassioned by the smoky torch of anger or blinded by its murky shadow; nor are they pierced and paralyzed by icy shafts of fear: they stand midway between deer and savage lions.

It is the same with human beings. Although education may give certain people equal refinement, it cannot obliterate the original traces of each individual’s natural disposition. We must not suppose that faults of [310] character can be extirpated, and that it is possible to stop one person from being excessively prone to sudden fits of rage, another from succumbing a little too readily to fear, and a third from accepting certain situations more meekly than one should. And in many other respects people must differ in character and consequently in behavior. But for the moment I cannot explain the secret causes of this variety or find names for all the atomic conformations that give rise to it. What I see that I can affirm in this connection is that the surviving traces of our natural dispositions, [320] which philosophy is unable to erase, are so very faint that there is nothing to prevent us from living a life worthy of the gods.
…..

Again, why is cruel ferocity a permanent characteristic of the sullen breed of lions, and cunning of foxes? Why, in the case of deer, is the instinct of flight transmitted from generation to generation, so that their limbs are spurred by inherited timidity? Indeed, why are all other such qualities implanted in the constitution of body and mind from life’s first dawn? Surely the explanation must be that a mind, whose nature is determined by its own seed and breed, develops along with the body of each individual animal. But if the mind were immortal and in the habit of transmigrating, the characters of living creatures would be topsy-turvy: often the hound of Hyrcanian stock would flee before the onset of the [750] antlered stag; the hawk would flee trembling through the breezy air at the swoop of the dove; human beings would be irrational, while the species of brute beasts would be rational.”