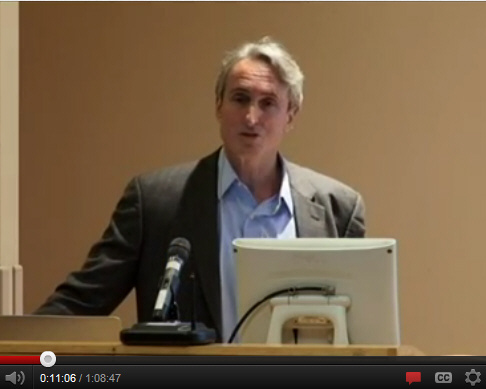 Here is some good advice that applies just as well to the study of Epicureanism as it does to the study of diet and nutrition:   “Critical to the success of any scientific enterprise is the ability to make accurate and unbiased observations. “To have our first idea of things, we must see those things,” is how Claude Bernard explained this in 1865; “to have an idea about a natural phenomenon, we must, first of all, observe it…. All human knowledge is limited to working back from observed effects to their cause.” But if the initial observations are incorrect or incomplete, then we will distort what it is we’re trying to explain. If we make the observations with preconceived notions of what the truth is, if we believe we know the cause before we observe the effect, we will almost assuredly see what we want to see, which is not the same as seeing things clearly.” [emphasis added]

Does this not echo Lucretius’ famous words from Book IV of De Rerum Natura? “As in a building, if the rule first applied by the builder is awry, and the square is untrue and swerves from its straight lines, and if there is the slightest hitch in any part of the level, all the construction must be faulty, all must be awry, crooked, sloping, leaning forwards, leaning backwards, without symmetry, so that some parts seem ready to fall, and others do fall, all ruined by the first erroneous measurements. So too, all reasoning of things which is founded on false interpretations of the senses will prove to be distorted and false.”

The lines first quoted above appear at the opening of Chapter Fourteen of Gary Taubes’ “Good Calories, Bad Calories,”  and the attitude serves as a theme for the attached lecture by Taubes, in which he shows how he applied this approach to the misconceptions rampant in the science of public health. This blog is of course not devoted to diets, losing weight, and combating diabetes, but I have long followed Taubes’ work with great interest due to his technique of refusing to allow his thought processes to be corrupted by conventional wisdom.

As in the need to study Epicureanism for oneself, not taking for granted any preconceptions one might have as to Epicurus’ true doctrines, Taubes drills down to the evidence in a field that is fraught with conventional thinking, and shows how rigorous thinking is done.  I highly recommend his book “Good Calories / Bad Calories,” and also his follow-up articles and later book “Why We Get Fat,” not only for the particular conclusions he reaches, but for the example he provides of how to question, dismantle, and then expose even the most common errors of conventional wisdom.

This is the attitude that Norman DeWitt brought to “Epicurus and His Philosophy,” and it is critical to our success in interpreting Epicureanism accurately.

Previous ArticleMr. Spock Was Not An Epicurean God
Next Article“Our Canon Is:”