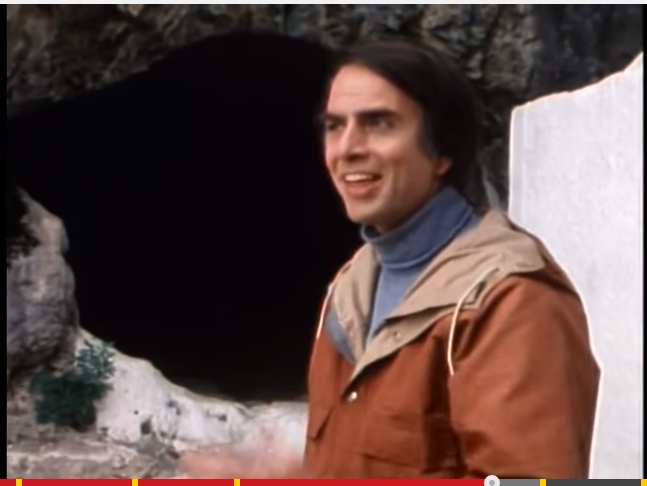 Carl Sagan:  “Plato, Aristotle and the Pythagoreans were suppressors of knowledge, advocates of slavery and of epistemic secrecy. Plato’s followers succeeded in extinguishing the light of science and experiment that had been kindled by Democritus and the other Ionians. Plato’s unease with the world as revealed by our senses was to dominate and stifle Western philosophy. …. Plato and Aristotle were comfortable in a slave society. They offered justifications for oppression. They served tyrants. They taught the alienation of the body from the mind, a natural enough idea, I suppose, in a slave society. They separated thought from matter. They divorced the Earth from the heavens. Divisions which were to dominate Western thinking for more than 20 centuries. The Pythagoreans had won. In the recognition by Pythagoras and Plato that the cosmos is knowable that there is a mathematical underpinning to nature they greatly advanced the cause of science. But in the suppression of disquieting facts, the sense that science should be kept for a small elite, the distaste for experiment, the embrace of mysticism, the easy acceptance of slave societies, their influence has significantly set back the human endeavor. The books of the Ionian scientists are entirely lost. Their views were suppressed, ridiculed and forgotten by the Platonists and by the Christians who adopted much of the philosophy of Plato. Finally, after a long, mystical sleep in which the tools of scientific inquiry lay moldering the Ionian approach was rediscovered. The Western world reawakened.” – Cosmos, Carl Sagan (1934–1996)

FYI, The full sequence of Cosmos Episode 7 leading up to the discussion of Plato can be found at this link.

Note:  For what it’s worth, on a personal note, I posted this mainly due to Sagan’s diagnosis of the results of Platonism.  Based on my reading of Epicurus, who was in a lot better position than we are to know, the issue of the motivation for Platonism is much deeper and more complicated than simply justification for a slave society.

Previous ArticleAgainst Plato II – The Commentary of Thomas Jefferson
Next ArticleFor Your Twentieth of July: Dispelling the Myth That Epicurus Was An Enemy of All Culture