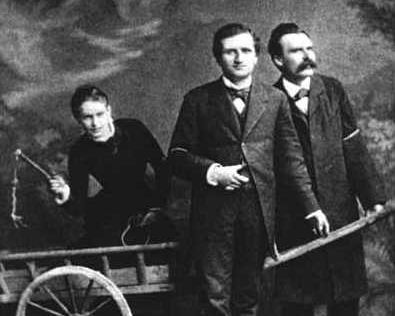 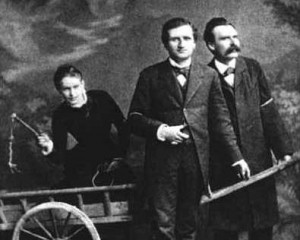 Today I am in the mood for some intense thinking about the depth to which the modern world has fallen from the Epicurean period.  Where better to go for assistance in passing judgment on the modern world than to Nietzsche, whose words echo several core thoughts of Epicurus?  Nietzsche is complex and his words must be read carefully, with translations checked and context fully understood, but here are a few lines from Thus Spake Zarathustra that seem clear and appropriate:

“I conjure you, my brethren, remain true to the earth, and believe not those who speak unto you of superearthly hopes! Poisoners are they, whether they know it or not.

Despisers of life are they, decaying ones and poisoned ones themselves, of whom the earth is weary: so away with them!

Once blasphemy against God was the greatest blasphemy; but God died, and therewith also those blasphemers. To blaspheme the earth is now the dreadfulest sin, and to rate the heart of the unknowable higher than the meaning of the earth!

Once the soul looked contemptuously on the body, and then that contempt was the supreme thing:—the soul wished the body meagre, ghastly, and famished. Thus it thought to escape from the body and the earth.

Oh, that soul was itself meagre, ghastly, and famished; and cruelty was the delight of that soul!

But ye, also, my brethren, tell me: What doth your body say about your soul? Is your soul not poverty and pollution and wretched self-complacency?

Lo, I teach you the Superman: he is that sea; in him can your great contempt be submerged.

What is the greatest thing ye can experience? It is the hour of great contempt. The hour in which even your happiness becometh loathsome unto you, and so also your reason and virtue.

The hour when ye say: “What good is my happiness! It is poverty and pollution and wretched self-complacency. But my happiness should justify existence itself!”

The hour when ye say: “What good is my reason! Doth it long for knowledge as the lion for his food? It is poverty and pollution and wretched self-complacency!”

The hour when ye say: “What good is my virtue! As yet it hath not made me passionate. How weary I am of my good and my bad! It is all poverty and pollution and wretched self-complacency!”

The hour when we say: “What good is my pity! Is not pity the cross on which he is nailed who loveth man? But my pity is not a crucifixion.”

Have ye ever spoken thus? Have ye ever cried thus? Ah! would that I had heard you crying thus!

Where is the lightning to lick you with its tongue? Where is the frenzy with which ye should be inoculated?

Lo, I teach you the Superman: he is that lightning, he is that frenzy!—”

Note1:  The quote in the title of this post comes from “The Antichrist” section 58.

Note 2:  I particularly like the photo of Nietzsche included at the head of this post.  It seems to me that it indicates that even as he struggled to define and oppose those who blaspheme against Nature, he could be  — at least at certain times — a happy warrior!  Below is another that contradicts the common attitude that he was some kind of monster: 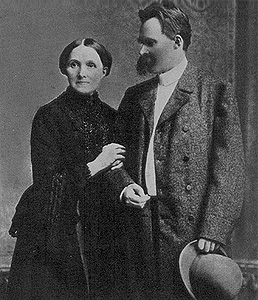 Previous Article“One has but to read Lucretius to know what Epicurus made war upon…”
Next ArticleThoughts on Epicurus, Politics, “The Crowd,” and Nietzsche’s “The New Idol”